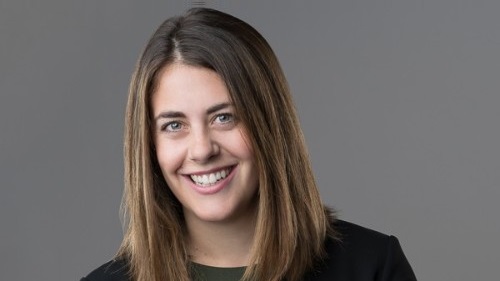 “Disinformation is the next iteration of information security, and communicators and risk professionals are on the frontlines of protecting their organizations,” said Lisa Kaplan, founder and CEO of the women-owned startup. “We’ve earned our record of alerting customers to the unknown unknowns to help avoid crises. Our incident response capabilities during high-stress periods, such as short-seller attacks, protects our customers.”

Ted Schlein, Ballistic Ventures’ chairman and general partner, said Alethea is at “the cutting edge” of the fight against misinformation, one of the biggest threats to our modern society.  The firm’s technology is “critical to helping corporations promote access to accurate information and a more secure world,” the former Kleiner Perkins partner added.

Lisa Kaplan, a native of Maine, is an alum of Colby College where she earned a degree in Government and Middle Eastern studies. She turned an entrepreneur after several years of government work, notably observing first-hand the challenges of fake news.

She served as an aide to Sen. Angus King in 2018, closely observing campaign disinformation and misinformation. During a stint at consulting firm PricewaterhouseCoopers (PwC), she worked with the U.S. Department of State. Kaplan has also briefed US lawmakers and their staffs on misinformation, and advised NATO-allied officials on the subject.

In 2019, by which time fake news had become arguably the biggest problem on the internet, Kaplan founded Alethea in a bid to build technology that could fight it. What started as being primarily Russian, is now truly global, Kaplan has asserted, pointing out that over 80 countries are actively engaging in social media manipulation. At Alethea, Kaplan has overseen the development of a machine learning platform called Artemis, designed to detect disinformation narratives across the internet.

Kaplan’s goal is to stop fake news before it hits social media and gets amplified. “So what we do is we practice early detection,” she told the Berkman Klein Center. “So we catch narratives when they start and we’re able to then track them and understand how they may be influencing individuals and seeking to change individual’s behavior. We analyze on the network level. And what that does is it enables us to take more options.”

Artemis is in closed beta with several Fortune 500 companies. The service runs on a cloud, enabling quick deployment and ubiquitous access.

Schlein spent about two decades at the venture firm Kleiner Perkins starting in 1996. He has overseen the development of portfolio companies such as Mandiant, now owned by Google, AlienVault, ArcSight and CarbonBlack. He previously was a senior executive at Symantec. In 2003, he founded and ran Fortify Software, before it was acquired by HP. Schlein holds a B.A. degree in economics from the University of Pennsylvania, where he was also a wrestler.