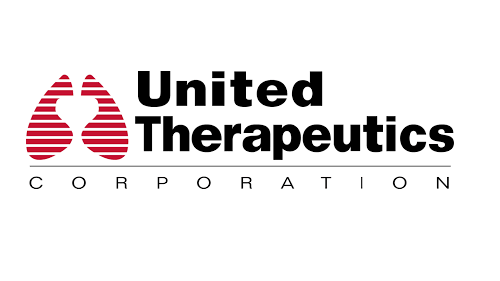 “We are thrilled to report the highest quarterly revenue in our history,” said Martine Rothblatt, Ph.D., Chairperson and CEO of United Therapeutics. “On top of our historic performance, we continue to innovate with the recent launch of the pivotal TETON 2 study of Tyvaso in idiopathic pulmonary fibrosis, which adds to the four other registration studies we have underway.”

“We are extremely pleased to have achieved several commercial milestones in the third quarter, highlighted by Tyvaso becoming our first $1 billion annual run rate product,” said Michael Benkowitz, President and Chief Operating Officer of United Therapeutics. “Tyvaso DPI has provided a catalyst to our growth trajectory and has us well positioned to achieve our goal of 6,000 patients on Tyvaso by the end of the year.”

Key financial highlights include (dollars in millions, except per share data):

The table below summarizes the components of total revenues (dollars in millions):

Net product sales from our treprostinil-based products (Tyvaso, Remodulin, and Orenitram) grew by $84.4 million for the third quarter of 2022, as compared to the same period in 2021. The growth in Tyvaso revenues resulted primarily from an increase in quantities sold and, to a lesser extent, the impact of a price increase and lower gross-to-net deductions. The increase in quantities sold was driven by our launch of sales of Tyvaso DPI in June 2022 and continued growth in the number of patients following the Tyvaso label expansion in March 2021 to include the treatment of pulmonary hypertension associated with interstitial lung disease (PH-ILD). The decrease in Remodulin revenues was due to a $6.8 million decrease in international Remodulin net product sales and a $4.6 million decrease in U.S. Remodulin net product sales.

General and administrative, excluding share-based compensation. The increase in general and administrative expense for the three months ended September 30, 2022, as compared to the same period in 2021, was primarily due to: (1) an increase in branded prescription drug fee expense associated with sales of Tyvaso; and (2) an impairment expense related to property, plant, and equipment.

Other expense, net. The decrease in other expense, net of $17.6 million for the three months ended September 30, 2022, as compared to the same period in 2021, was primarily due to net unrealized and realized gains and losses on equity securities.

Tyvaso Inhalation Solution in PH-ILD. The FDA approved Tyvaso for the PH-ILD indication on March 31, 2021, and we launched commercial efforts for the new indication shortly thereafter. In April 2022, the Centers for Medicare and Medicaid Services updated its Local Coverage Determination (LCD) for Tyvaso to include an indication for PH-ILD. This LCD became effective on June 5, 2022.

Updates on select later-stage programs are below.

The TETON program was prompted by data from the INCREASE study which demonstrated improvements in certain key parameters of lung function in pulmonary hypertension patients with fibrotic lung disease. Specifically, in the INCREASE study, treatment with Tyvaso resulted in significant improvements in percent predicted FVC at weeks 8 and 16, with subjects having an underlying etiology of IPF showing the greatest improvement. Consistent positive effects were also observed in patients with chronic hypersensitivity pneumonitis and environmental/occupational lung disease. In May 2022, data from the INCREASE open-label, long-term extension trial were presented at a medical conference, indicating that improvements in FVC were sustained for at least 64 weeks for IPF patients. For those patients who received placebo during the INCREASE study, marked improvements in FVC were observed following transition to active Tyvaso during the open-label extension study. These data points, combined with substantial preclinical evidence of antifibrotic activity of treprostinil, suggest that Tyvaso may offer a treatment option for patients with fibrotic lung disease.

Centralized Lung Evaluation System (CLES) for ex-vivo lung perfusion (EVLP). We are evaluating the use of the CLES technology for EVLP through a registration study of 186 lung transplant participants. Enrollment for this study is nearly complete.

Tyvaso in PH-COPD — PERFECT. In September 2022, we discontinued the PERFECT clinical study of Tyvaso for the treatment of WHO Group 3 pulmonary hypertension associated with chronic obstructive pulmonary disease. We terminated the study in accordance with a recommendation of the study’s independent Data Safety Monitoring Committee (DSMC), following a routine safety and efficacy analysis conducted by the DSMC.

At United Therapeutics, our vision and mission are one. We use our enthusiasm, creativity, and persistence to innovate for the unmet medical needs of our patients and to benefit our other stakeholders. We are bold and unconventional. We have fun, we do good.

We are the first publicly-traded biotech or pharmaceutical company to take the form of a public benefit corporation (PBC). Our public benefit purpose is to provide a brighter future for patients through (a) the development of novel pharmaceutical therapies; and (b) technologies that expand the availability of transplantable organs.

You can learn more about what it means to be a PBC here: unither.com/PBC.