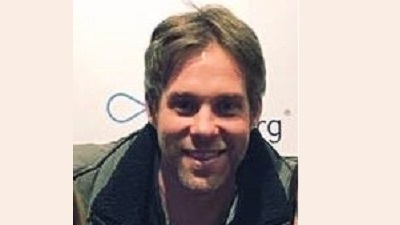 With more than 15 years of industry experience, Bar joins Hill Country Studios from Netflix, where he oversaw development and operations for Netflix Studio hubs across the U.S. and Canada as a member of the global studio operations team. Before working at Netflix, Bar served as vice president of Pinewood International, managing Pinewood Studios’ Atlanta studio and production services.

“Kevin carries unparalleled expertise navigating the processes and procedures that come with developing a studio like Hill Country,” said Cory McLoud, co-founder and CEO of Hill Country Studios. “His deep well of knowledge will be instrumental across our construction phase, generating strategic alliances, creating productive partnerships and helping the community understand how they can be involved in and benefit from the fresh opportunity Hill Country Studios is bringing to Texas.”

Bar will work directly on developing Hill Country Studios’ overall operational ecosystem, including the growth of crew base, local labor force development and business initiatives for the studio’s on-site brick and mortar spaces.

“Hill Country Studios has a unique opportunity to reimagine the film and television industry’s relationship to Texas,” said Bar. “This team is equipped with a distinctive vision, a phenomenal site and a world-class studio development plan that will position Texas to attract top-tier productions and create significant job growth and economic benefits for San Marcos, Austin and beyond.”

The multi-use project, located at the entrance of the master-planned La Cima community, will also feature lifestyle and collaborative workplace amenities. Twenty-five acres will be reserved for vendor and commercial space capable of serving both the studio and surrounding community.

“Texas has a long and proud history of media production,” said Stephanie Whallon, director of the Texas Film Commission. “Our crews are talented and hardworking, and our diverse locations and community support are much sought after. Creating more production infrastructure is evidence of the continued growth and economic impact that media production brings to our state and how it will continue to create lasting value through job opportunities and the telling of Texas stories.”

Hill Country Studios provides the creative industry with access to state-of-the-art facilities, including 12 sound stages, a Virtual Production stage, supporting infrastructure and ancillary amenities. A first of its kind in Texas, Hill Country Studios strives to unbridle creative storytelling through innovation and emerging technology. Founded in 2020, the creative production studio is led by co-founders Cory McLoud and Zach Price of Hill Country Partners, chief operations officer Kevin Bar and a creative management team with decades of combined industry experience. The cutting-edge facility is located on 209 acres between Austin and San Antonio in San Marcos, Texas. For more information, visit hillcountry.studio.