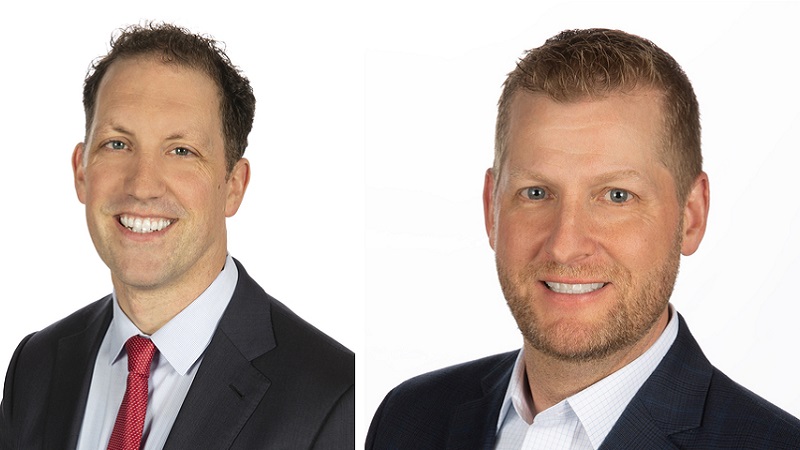 CAMDEN, N.J.–(BUSINESS WIRE)–Campbell Soup Company (NYSE:CPB) today announced key management changes to support the company’s continued growth and accelerate progress against its multi-year strategic plan. Mick Beekhuizen has been appointed President – Meals & Beverages. He will continue to serve as Chief Financial Officer until a successor to this role is named. Chris Foley, currently President – Meals & Beverages, will become President – Snacks. These changes are effective immediately. Both will continue to report to Campbell President and Chief Executive Officer Mark Clouse.

“Both Mick and Chris have played significant roles in Campbell’s transformation over the last several years by enhancing our culture and improving our business performance,” said Clouse. “Mick possesses exceptional strategic thinking and commercial and financial acumen coupled with a focus on operational excellence. He is known for team building and collaboration, which will be instrumental in his new role as we drive the continued growth of our M&B portfolio in large and attractive categories. Chris is a proven brand and culture builder with a track record of delivering sustainable growth and developing high-performing teams, which are critical to accelerate the Snacks growth and margin trajectory. I am confident both he and Mick are the right leaders to continue to build our momentum and unlock our full growth potential.”

Beekhuizen, who joined Campbell in Sept. 2019 as Chief Financial Officer, will now lead the $4.6 billion division that includes soup, simple meals and beverages in retail and foodservice in North America. Beekhuizen is an accomplished leader with a record of financial, commercial and operational excellence, along with marketing and innovation capabilities. During his time at Campbell, he has led corporate strategy and the finance function, including controllership, tax, treasury, corporate audit, investor relations, corporate development, financial planning and analysis, and shared services, as well as the company’s information technology (IT) group.

Foley, who will now lead the $3.9 billion Snacks division, has excelled in a variety of Campbell leadership roles in the U.S. and abroad. Since June 2019, Foley has led the revitalization of the Meals & Beverages business by improving product quality, accelerating innovation and marketing, and contemporizing its iconic brands, which has resulted in a fundamentally stronger division. Under his stewardship, the division, including the soup business, has expanded its reach and relevance, particularly with new, younger consumers.

Prior to leading Meals & Beverages, Foley was Chief Marketing Officer (CMO) of Pepperidge Farm from 2015 to 2018 and then Snacks from 2018 to 2019, where he played a key role in the Snyder’s-Lance, Inc. acquisition and integration, drove innovation and developed effective marketing campaigns that resulted in significant sales growth. Earlier, Foley was GM of Campbell’s Australia and New Zealand businesses from 2011 to 2013 and GM of Fresh and Frozen Bakery at Pepperidge Farm. He also served as Marketing Director – China after spending a decade working in the Meals & Beverages division.

Valerie Oswalt, the former President of the Snacks division, informed Campbell of her plans to accept a role at another company.

Clouse said, “I want to thank Val for her many contributions to Campbell over the last three years, and l wish her well in her new role.”

For more than 150 years, Campbell (NYSE: CPB) has been connecting people through food they love. Generations of consumers have trusted Campbell to provide delicious and affordable food and beverages. Headquartered in Camden, N.J. since 1869, Campbell generated fiscal 2022 net sales of $8.6 billion. Our portfolio includes iconic brands such as Campbell’s, Cape Cod, Goldfish, Kettle Brand, Lance, Late July, Milano, Pace, Pacific Foods, Pepperidge Farm, Prego, Snyder’s of Hanover, Swanson and V8. Campbell has a heritage of giving back and acting as a good steward of the environment. The company is a member of the Standard & Poor’s 500 as well as the FTSE4Good and Bloomberg Gender-Equality Indices. For more information, visit www.campbellsoupcompany.com or follow company news on Twitter via @CampbellSoupCo.