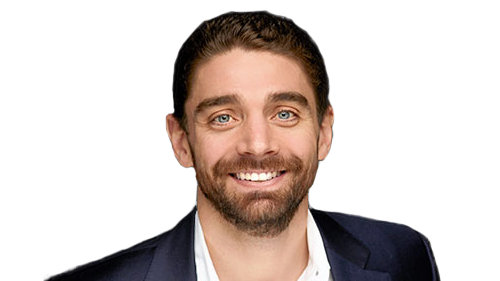 Ryan Simonetti, who has pursued his vision of building a “Ritz-Carlton” of office space for over a decade, has joined Revolution Growth as a venture partner, as the Washington-based firm eyes the proptech market.

The Steve Case-founded Revolution is an investor in Convene, Simonetti’s New York-based startup trying to transform office space. Simonetti has “spent close to two decades in New York working across real estate, tech and finance and has an unmatched understanding of the markets,” said Steve Murray, managing partner of Revolution Growth. “Ryan’s leadership scaling Convene to a global brand will offer invaluable insight to our portfolio.”

Convene — founded by Simonetti and Christopher Kelly in 2006 — has raised over $460 million in venture funds in its quest to build offices that lavish on workers the kind of charm hotels bring to their guests. Simonetti, who began his career in real estate at Lehman Brothers, is an angel investor since 2015 when he backed CareerGraph. His current portfolio includes Branch, Pacto, Skipper, CompStack, Flume Health and FirstBase. Simonetti is also the cofounder and chairman of Ease Capital, a digital lending platform for multifamily real estate.

Washington, D.C.-based Revolution, cofounded by AOL founder Steve Case, has made over 200 active investments and 50 exits, according to the firm’s website. Besides Meati Foods, its investments this year include Glowforge, aXiomatic, TemperPack and Curbio. Some of its portfolio companies that recently went public include sports betting firm DraftKings, insurer Policygenius, life sciences firm Tempus and health-food chain sweetgreen.

Steve Murray joined Revolution in 2016, after about two decades at Softbank during which time he oversaw investments in firms such as Yahoo, Etrade, Alibaba and Fitbit. He has board seats on Revolution’s portfolio companies including BigCommerce, DraftKings and Glowforge.

The Villanova University-educated Simonetti, who was the first in his family to earn a college degree, has brought fresh thinking to workspace. He has challenged conventional approaches of landlords, as much as tenants. While he has sought to transform landlords’ attitudes, Simonetti has also questioned the wisdom of corporate tenants signing leases of over 10 years without heed to business uncertainties.

In a 2018 interview with citybizlist, Simonetti explained his thinking thus: “The thesis for Convene was one about using hospitality to create the human experience in an office building; the second was to create a network of physical spaces — meeting spaces, hospitality amenity spaces, and flexible workspaces — that allowed both tenants in the building, as well as companies that wanted to use Convene’s network, to buy their real estate in a different way, where I can buy a meeting room by the day or by the hour, or I could buy my workspace by the year, the month, or the multiyear, but I don’t have to commit to a 10- to 30-year obligation.”

Earlier this year, the New York firm struck a strategic partnership with Hudson’s Bay Company, the parent company of Saks Fifth Avenue, and Ares Management. The deal valued Convene at about $500 million, according to The Wall Street Journal, and gave it access to a vast real estate portfolio of Hudson’s Bay.

Last year, proptech startups raised $12.2 billion in venture capital, according to data from CB Insights. But their profitability has been in question, with WeWork’s dramatic drop in valuation an object lesson for the sector’s investors.

Still, Simonetti has maintained his vision of a “premium full-service brand,” and dismissed comparisons with WeWork, saying the Softbank-backed startup doesn’t provide the same level of service. In an interview with Costar, he said: “For Convene, we’re a JW Marriott or a Ritz-Carlton…There’s not a competitor in the premium segment of the market. We stand alone.”

Simonetti has been featured on Commercial Observer’s inaugural Power PropTech List, Real Estate Forum’s 50 Under 40 list and Inc. magazine’s 30 Under 30. He has also been named a “Top Entrepreneur” by Crain’s New York and was a finalist in Ernst & Young’s Entrepreneur of the Year awards in New York.