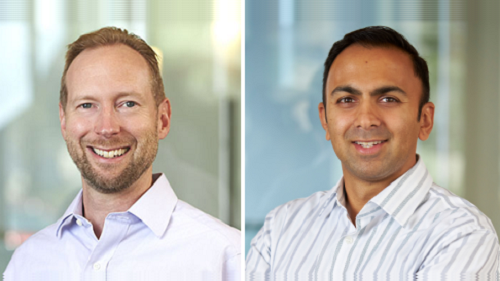 JMI Equity’s general partners Brian Hersman and Suken Vakil have been named among the top 25 software investors of 2022 by GrowthCap, a New York media firm aiming to enhance understanding of the “universe of capital alternatives.”

“The 2022 awardees are some of the most experienced, accomplished, and exceptional individuals in software investing,” said GrowthCap, which was founded by former Bank of America Merrill Lynch executive R.J. Lumba in 2013. “Nominees were evaluated based on the quality of the feedback they received from firm colleagues, portfolio company CEOs, and/or peers in the industry.”

Vakil, a former Googler, termed the opportunity to partner with some of the best software companies in the industry a “privilege,” while Hersman, who previously served Vista Equity Partners, said he felt “lucky to work with the passionate and immensely talented leaders” in JMI’s portfolio of firms.

“It is incredibly rewarding to partner with these entrepreneurs who are creating businesses of lasting value,” Hersman added. Both Vakil and Hersman work out of the West Coast offices of the Baltimore-headquartered JMI Equity.

With offices in Baltimore, Washington, D.C., and San Diego, Calif., JMI is a growth equity firm with a sharp focus on software companies. In its 30-year history, it has raised over $7.5 billion — nearly a third of it in the past two years — and invested in over 175 businesses, typically putting in between $20 million and $200 million in portfolio firms. It has made 110 exits, and completed 19 initial public offerings. Of JMI’s 30 investment professionals, located in Baltimore and San Diego offices, 11 are general partners.

Since 2008, Hersman has focused on enterprise software at JMI. He has board seats at Eptura, Greenlight Guru, Intradiem and Swiftly, and is a board observer at CompanyCam. He was previously a director in portfolio firms, such as Arena Solutions, BigMachines, EMS Software and PowerPlan, from which the firm made successful exits.

Prior to joining JMI, Hersman was a senior associate at Vista Equity Partners, where he oversaw portfolio investments in enterprise software. Previously he worked at management consulting firm McKinsey, where as a business analyst he worked with software and services companies.

Hersman received a BA in economics and computer science, and an MS in management of information systems, both from Case Western Reserve University. He received an MBA from Harvard Business School.

Vakil joined JMI in 2012 and scouts for investing opportunities in enterprise software, besides overseeing the growth of portfolio companies. Currently, he holds board seats on Applied Systems, ButterflyMX, HackerRank, Huntress, Lytics, SOCi and Whistic. He is a board observer at Code42 and Seismic Software. In the past, he has overseen JMI’s investments in Adaptive Insights (acquired by Workday), Arena (acquired by PTC), Avecto (acquired by Bomgar) and Internet Brands (acquired by KKR).

When working at Morgan Stanley, Vakil worked on Google’s acquisition of Double Click. He later worked for Google, serving as a product manager in the buildout of the Chrome platform. He has also previously worked at private equity firm Hellman & Friedman.

Vakil graduated from the University of California at Berkeley, with a bachelor of arts in computer science and a BS in business administration. He received an MBA from Harvard Business School.

JMI was founded in 1992 by Harry Gruner, Charles Noell and John Moores, founder and former CEO of BMC Software. Previously, Gruner and Noell, who is now an avid racehorse owner, served at the investment bank Alex.Brown. Gruner has served on the boards of over 40 software and information businesses, including seven public companies. He and Peter Arrowsmith, who joined the firm in 1996, serve as joint managing partners.

The firm’s recent investments include Vantaca, Performio, Whistic, PointClickCare and HackerRank. Last year, the firm set a hectic deal-making pace last year, in line with its large recent fund-raising. Its portfolio investments included a $100 million deal in OnBoard, a cloud-based board management solution; Condeco, a maker of workspace scheduling software; Service Trade, a software platform for commercial service contractors.