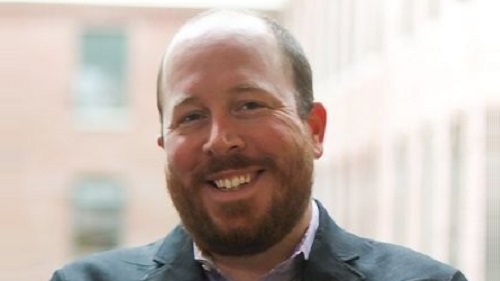 Arlington, Va.-based Cosmonic, which is leveraging so-called WebAssembly technology to enable rapid development of cloud and web apps — “from napkin sketch to scale in minutes” — has raised $8.5 million in seed funding, led by Singapore-based Vertex Ventures.

“We are on a mission to bring back joy to the art of developing cloud-native software,” said Randall, a former Capital One executive. “The complexities of building modern distributed applications have brought developer productivity to a crawl, adding friction and unnecessary complexity to every stage of the development life cycle.”

Randall came to work at Capital One, after the bank holding company acquired his startup, Critical Stack, in 2016. He is assisted at Cosmonic by chief technology officer Kevin Hoffman, creator and lead maintainer of an open source platform called wasmCloud since 2019.

Cosmonic is pushing wasmCloud, developed and run by the Cloud Native Computing Foundation. wasmCloud is an offshoot of WebAssembly, an open-source format to bring near-native performance to web browser apps. It helps developers use cloud-native technologies and WebAssembly to build “portable, pluggable” apps that can be run anywhere. It is believed that the technology eliminates the need to write 95% of an app’s code, besides easing several other challenges faced by developers.

“We want to build Cosmonic in the same way that AWS built their cloud,” Randall told Forbes, referring to Amazon Web Services. “When you’re building on Cosmonic you’re using these composable blocks to build your applications. You can use the capabilities we provide for you, or you can extend our capabilities and add new things that didn’t exist before. And you can build, test, and run the same code wherever you like: private cloud, public cloud, at the edge, wherever you’d like to go.”

Early in its growth Cosmonic engaged with development teams at Adobe, BMW, Capital One and Microsoft, and is confident that WebAssembly and its platform-as-a-service, called wasmPaaS, will “forever change modern application development, deployment and management for distributed applications.”

Vertex is one of Asia’s oldest venture funds. Based in Singapore, it is focused on Asian startups but also has a Silicon Valley office to tap opportunities in the United States. Its general partner, In Sik Rhee, oversaw Vertex’s investment in Cosmonix.

“We invested in Cosmonic to usher in a much-needed seismic change to the cloud native paradigm where developers can easily develop portable distributed applications,” said In Sik Rhee. “Cosmonic allows core business logic to run at near-native speeds on any cloud or any edge.”