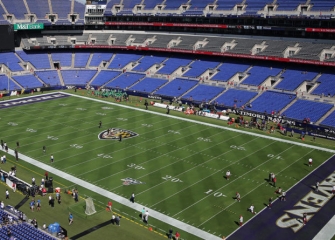 Before I dive into this, just another reminder that sports are largely irrelevant in comparison to, you know, the safety of the human race. But we want sports back, so we’ll talk about it. Here are five thoughts on various ideas that have been floated when it comes to the potential return of sports.

Because we already know all of the opponents for each team before the schedule is released, the only interesting parts of a schedule release are A) learning the dates those games will happen, and B) most specifically, how many and which of your favorite team’s games will be in prime time.

As we have absolutely no idea whether the games will happen at all and more-than-reasonable doubt regarding whether they’re played as scheduled, the dates are almost entirely irrelevant. And the prime-time announcements are only remotely interesting IF the league confirms that should there be a delay, the games would all be played as scheduled whenever the season does start. (So “Week 1” would still be “Week 1” whether it happens in September or late November … or 2021.)