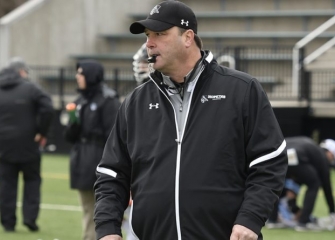 c as Johns Hopkins looks to move the program in a different direction. A national search for a new head coach will begin immediately.

“For two decades, Dave Pietramala guided our men’s lacrosse program and we are truly thankful for his tireless efforts and the leadership he provided to the young men who represented Johns Hopkins at the highest level on and off the field,” Baker noted. “Very few great players have demonstrated the ability to become great coaches; Dave Pietramala has done that and his legacy as a player and coach is virtually unmatched in the world of college lacrosse. Our focus now is on the future and ensuring we identify the best person to lead our program and build on the tremendous history and tradition of Johns Hopkins lacrosse.”