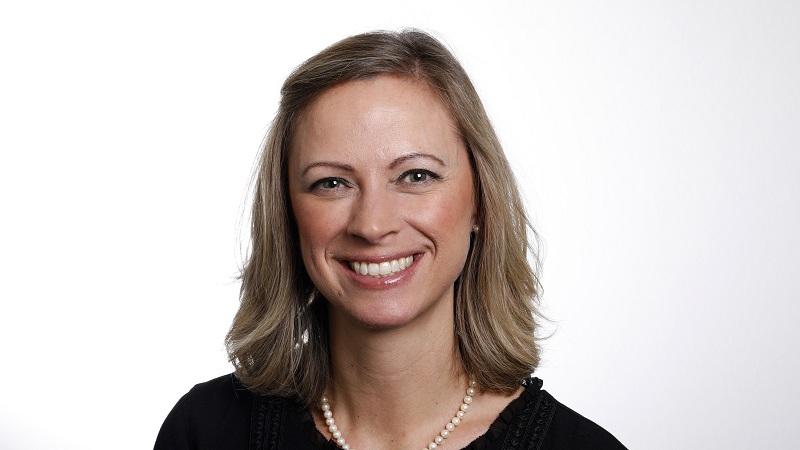 STAMFORD, Conn.–(BUSINESS WIRE)–Equinor today announced that Molly Morris will serve as the new President of Equinor Wind US, effective January 1, 2023, succeeding Siri Espedal Kindem, who will take on a new exciting opportunity within Equinor.

Morris joined Equinor in 2008 and has since taken on a variety of important roles in the company. Currently serving under Espedal Kindem as Special Advisor, Morris has held multiple leadership positions within Equinor, both in the U.S. and in Norway. Her experience includes overseeing one of the company’s commodities trading desks in Stamford, CT and, prior to returning to the U.S., as Senior Vice President, Crude, Liquids and Products in Norway. Morris has been a leader in the company’s priority focus on sustainability. She holds a Bachelor of Science degree in Chemical Engineering from Villanova University.

“One of my main priorities has been to build a strong leadership team and to find a local successor for my position to continue shaping and guiding the development of our US renewables business. Molly has established a strong track record of success in each position she has held at Equinor and is ideally placed to take on this role,” said Siri Espedal Kindem, President Equinor Wind US. “As Special Advisor for the past five months, she has had the opportunity to learn about the growing renewables business and become deeply involved in the development of Equinor’s offshore wind business in the US, ensuring a smooth leadership transition.”

“Equinor is leading a new industry in the United States that is creating thousands of jobs while generating homegrown, renewable energy for millions of Americans,” said Morris. “I’m excited to ensure that Equinor continues to successfully develop its current portfolio of offshore wind projects and build on this record of achievement as offshore wind development expands to new and exciting markets in the United States.”

”Under Siri’s leadership, Equinor has achieved several significant milestones, including the selection of Empire 2 and Beacon 1 to provide New York with offshore wind power in one of the largest ever renewable energy procurements in the U.S. I thank Siri for taking Equinor’s position as a leader in the U.S. offshore wind industry to the next level,” said Pål Eitrheim, EVP, Renewables at Equinor. “Molly has a deep understanding of US energy markets which makes her well positioned to take on this role at this juncture in Equinor’s growth in the US renewables sector.”

Equinor’s growing portfolio of offshore wind projects in the U.S. include Empire Wind 1, Empire Wind 2 and Beacon Wind 1, which together will produce enough electricity to power approximately two million homes and generate more than $1 billion in economic output in the region.

ABOUT EQUINOR RENEWABLES US

Equinor is one of the largest offshore wind developers in the U.S., where it is developing two lease areas it will operate, Empire Wind and Beacon Wind. The projects plan to provide New York State with 3.3 gigawatts (GWs) of energy—enough to power nearly two million homes—including more than 2 GWs from Empire Wind and 1,230 megawatts from Beacon Wind 1.

Empire Wind and Beacon Wind are being developed by Equinor and bp through their 50-50 strategic partnership in the US.

Empire Wind will be a major contributor to meeting New York State’s ambitious clean energy and climate goals. When completed, Empire Wind will power more than 1 million New York homes. Empire Wind is located 15-30 miles southeast of Long Island and spans 80,000 acres, with water depths of between 65 and 131 feet. The lease was acquired in 2017 and is being developed in two phases (Empire Wind 1 and 2) with a total installed capacity of more than 2 GW (816 + 1,260 MW).

Beacon Wind is planned for an area of 128,000 acres in federal waters between Cape Cod and Long Island. The lease area was acquired in 2019 and is being developed in two phases. Beacon Wind 1 is on track to deliver 1.2 GW of renewable energy directly to New York City in the late 2020s – enough to power 1 million homes. Beacon Wind 2 has the capacity to generate another 1.2 GW of clean energy for consumers in the US Northeast.