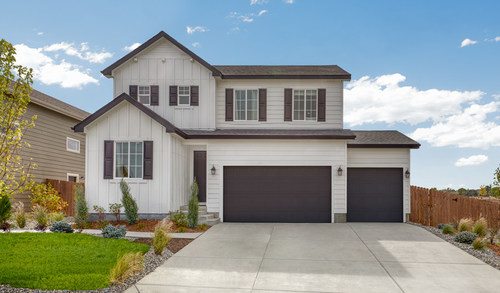 Richmond American’s Northern Colorado Parade of Quick Move-in Homes will showcase homes that are ready to close in 2022 at eight area communities.

WINDSOR, Colo., Oct. 14, 2022 /PRNewswire/ — Richmond American Homes of Colorado, Inc., a subsidiary of M.D.C. Holdings, Inc. (NYSE: MDC), is pleased to announce that it will be hosting a Parade of Quick Move-in Homes at eight exceptional northern Colorado communities. The single-, two- and three-story homes along the parade route represent multiple home collections, and all are ready to close by the end of the year.

The builder’s Northern Colorado Parade of Quick Move-in Homes will take place from Saturday, October 15 through Sunday, October 23. Prospective homebuyers and area agents can tour homes at all seven communities or choose from a three-community north or four-community south tour, which will begin at Windsor Villages at Ptarmigan in Windsor and Silverstone in Frederick, respectively.

When attendees arrive at Windsor Villages at Ptarmigan or Silverstone, they will receive a map detailing the parade route and community addresses. Complimentary refreshments will be available throughout the tour, and participants can enter for a chance to win a prize giveaway.

All homes featured in the Parade boast prime locations near shopping, dining and recreation, as well as the designer details and incredible included features for which the builder is known.