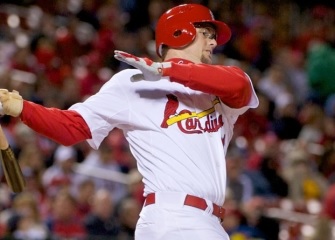 Baltimore native Dr. Mark Hamilton, who played for the St. Louis Cardinals in 2010 and 2011, recently graduated from the Zucker School of Medicine at Hofstra/Northwell on Long Island. He is scheduled to soon join the fight against COVID-19, which has hit New York particularly hard.

Drafted in the second round of the 2006 MLB Draft out of Tulane, Hamilton played in parts of nine minor-league seasons. Mostly a first baseman, Hamilton was a career .272/.362/.457 minor-league hitter and racked up 227 major-league plate appearances. He had a chance to play in his hometown ballpark in 2011.