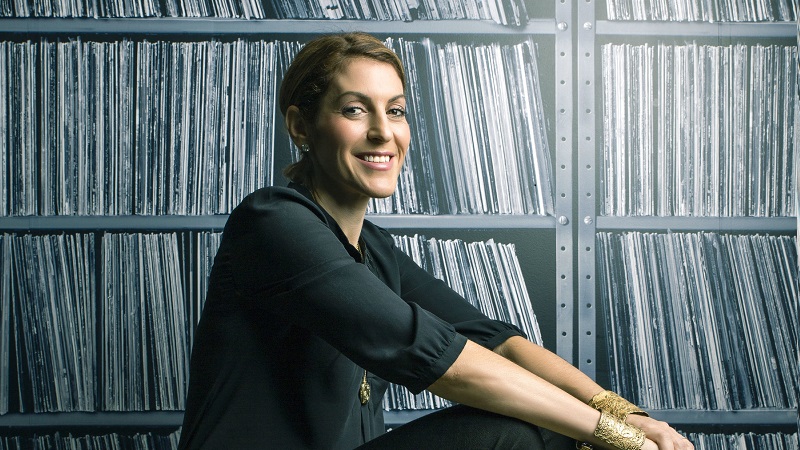 Greenwald and Craig Kallman will continue to jointly lead Atlantic Records, with Kallman as Chairman & CEO. Under their leadership, Atlantic has consistently ranked at the top of the industry. This June saw the creation of 300 Elektra Entertainment, the supergroup of indie-spirited brands led by Chairman & CEO Kevin Liles. Today, Atlantic Music Group ranks as the No. 1 streaming label group in the U.S. year-to-date for 2022.

Since joining Atlantic 18 years ago, Greenwald has built a reputation as an artist development powerhouse and inspirational mentor. She has been integral to the careers of emerging talent and superstars alike, including top artists such as Cardi B, Kelly Clarkson, Coldplay, Cordae, GAYLE, Jack Harlow, Lil Uzi Vert, Lizzo, Charli XCX, NBA YoungBoy, Gucci Mane, Bruno Mars, Ava Max, Janelle Monáe, No Cap, Kodak Black, Panic! at the Disco, Paramore, Charlie Puth, Roddy Ricch, Ed Sheeran, Shinedown, Tiësto, Rob Thomas, Twenty One Pilots, and Wiz Khalifa, among many others, as well as award-winning projects such as the Original Broadway Cast Recordings of Hamilton, Dear Evan Hansen, and Jagged Little Pill.

Greenwald has been widely recognized not only for her creative and commercial expertise, but for her down-to-earth, super-motivating approach. She has been chosen five times as Billboard’s Women in Music Executive of the Year — more than any other person — and appeared multiple times on the Variety 500 index of the world’s most influential business leaders. Greenwald has also been featured as one of The Hollywood Reporter’s “Power 100 Women in Entertainment,” Forbes’ “Power Women to Watch,” and on Newsweek’s “Women in Leadership” roster.

Julie Greenwald said: “I love nurturing the next generation, contributing to culture, and building vibrant communities for our artists. We have the most fantastic talent at Atlantic, 300, and Elektra, from superstars to baby bands, from expert execs to young people just starting out in the business. I want them all to feel that this is the best place to do bold, brave, creative work, and build real careers. I’m so proud to be in it with them, shoulder to shoulder, every day. I’d like to thank Craig and Kevin for being my partners, Max and Steve for their leadership, and our allies across the industry who help us bring great music to the world.”

Max Lousada said: “Julie’s a force of nature – a fearless champion of original talent, a mentor to countless artists and executives, and the visionary behind game-changing moves, such as Atlantic’s early embrace of streaming and the spin-off of the Elektra Music Group. She’s made artist development an artform in its own right, by combining passion and intelligence, gut sense and strategic thinking, the big picture and the smallest detail. This new role only hints at the full scope of her influence and impact across our industry, but it’s still much deserved recognition of her dynamic leadership at our company.”

He added: “Julie’s strengths, combined with Craig’s extraordinary creative talents, make them one of the outstanding partnerships in the history of music. We’re all extremely fortunate to be working with them as they write the next great chapter in the Atlantic story.”

Greenwald, a New York native, began her music career in 1992 at Def Jam Records. Six years later, she was charged with overseeing the entire marketing department of the newly formed Island Def Jam Music Group (IDJ). Greenwald was named President of Island Records/EVP of IDJ in 2002, becoming one of only three women holding that title at a major record label.

When Greenwald joined Atlantic Records as President in 2004, it marked the second time in her career that she was charged with helping rebuild an iconic brand. She quickly became the architect of the company’s forward-thinking marketing and digital strategies, revitalizing and remaking Atlantic’s culture for the 21st century and setting it on a course to renewed industry dominance. In 2009, her accomplishments were recognized with her promotion to Chairman & COO.