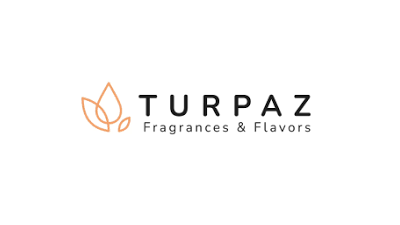 Turpaz Industries (TASE: TRPZ), which develops, manufactures and markets fragrance extracts, flavor extracts, intermediates for the pharmaceutical industry, raw materials for the agro industry and fine chemicals, citrus products and aroma chemicals, announced today, that it has signed an agreement to acquire control (65%) of Aromatique Food in Romania, a company which develops, manufactures and markets savory flavor mixtures (Savory), for 17 million Romanian leu (3.35 million US dollars) as well as future consideration based on Aromatique’s business performance during the second half of 2022.

The agreement Includes an option to purchase the remaining shares of the company exercisable starting January 2025, according to a value that will be determined based on Aromatique Food’s financial performance during the period starting January 1, 2023, and until the option exercise date. Completion of the deal is expected in the fourth quarter of 2022.

This purchase is a continuation of the implementation of the Turpaz group’s growth strategy and expands its geographic presence and product portfolio in the savory sector in Europe and Eastern Europe in particular, which are known as markets with extensive activity in the meat, fish, snacks and soups sector. All this, while leveraging the synergy between the group’s companies in Israel and across the globe in development, procurement, marketing and sales, including in the group companies – FIT, Pollena Aroma, SDA, Balirom and SDA GALIL that develop, manufacture and market products for the food industry in Israel and around the world. Currently, Turpaz has a presence in Europe, the USA, Asia and the Middle East.

Aromatique is a private company incorporated in Romania, whose shares are held by a single shareholder who also serves as the CEO of the company. The CEO will continue to manage and lead Aromatique in the coming years together with Aromatique’s management team and will join Turpaz’s global management team.

Turpaz recently reported the purchase of Klabin Fragrances for $24.3 million, which strengthened its presence, position and activity in North America in the field of fragrance extracts. With this, Turpaz completes 16 acquisitions since its establishment, an eighth acquisition since it became a public company in May 2021 and a fifth acquisition since the beginning of 2022.

The Romanian company, Aromatique, was founded in 2013 and is engaged in the research, development, production, marketing, sale and supply of raw materials and functional savory flavor mixtures, for the food industry – mainly for the meat, fish, soups and snacks industry. Aromatique’s factory and offices are located in Bucharest.

“We are continuing with the implementation of Turpaz’s integrated growth strategy,” says Karen Cohen Khazon, Turpaz’s Chairperson and CEO. “The current purchase will expand our presence in Eastern Europe, and together with Aromatique and its managers, we will increase access to markets in Europe and Eastern Europe in particular, we will leverage the synergy between the group companies and expand our product portfolio in the field of savory.”