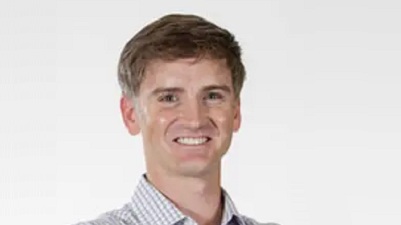 Grotech Ventures has joined a $43 million funding round for CrowdStreet, which helps ordinary investors tap opportunities in commercial real estate. The Baltimore investing firm previously invested in Series B and Series C rounds for the Austin, Texas, startup.

The current round included equity and debt, and was led by TIAA, Cypress Equity Investments and The Dinerstein Companies. Other investors were Rally Ventures, Seven Peaks Ventures and Green Visor Capital. So far, CrowdStreet has raised $67.9 million from venture funds.

“We are pleased to count so many of these leaders from across the industry as customers, partners, and now, with their participation in this fundraising round, strategic investors,” said cofounder and CEO Tore Steen. “They know us better than anyone and share our vision for the future of commercial real estate investing.”

Founded in 1984, Grotech Ventures is one of the oldest venture firms in the country. It eyes opportunities to invest between $500,000 and $5 million in cybersecurity, fintech, supply chain, logistics and software startups.

So far, Grotech has raised over $225 million, made over 150 portfolio investments and over 40 exits. Its other portfolio investments this year include ThreatX, Rewst, SturdyAI, EcoMap Technologies, ShardSecure, Sunstone Credit, Apkudo, Yardstik, Krista Software and FactoryFix. This year, it has had three exits — Perishable Shipping Solutions, of Youngstown, Ohio; Urjanet, of Atlanta, Ga.; and Youreka, of Baltimore.

Lawson DeVries, a 17-year veteran, serves as Grotech’s managing general partner since 2020. He has focused on investments in software and tech-enabled services companies. He has been closely associated with a number of Grotech portfolio companies including LogRhythm (acquired by Thoma Bravo), Logi Analytics (acquired by Marlin Equity), BroadSoft (acquired by Cisco), and Collective Intellect (acquired by Oracle). DeVries sits on the boards of Apkudo, Ceros and CrowdStreet.

DeVries started his career with equity research at Deutsche Bank, and later managed sales at Buckingham Research Group. He has a BA in English literature from Harvard University and an MBA from Duke University’s Fuqua School of Business.

CrowdStreet was founded in 2012 by Tore Steen and Darren Powderly, who serves as vice president of capital markets. It was originally based in Portland, Ore. Last year, it opened a new office in Austin, Texas, and also moved its headquarters south. So far, CrowdStreet has attracted $3.7 billion in individual investments in nearly 700 projects nationwide. Of the projects, 147 have been fully realized, generating an average 18.7% internal rate of return, and an average equity multiple of 1.55x.