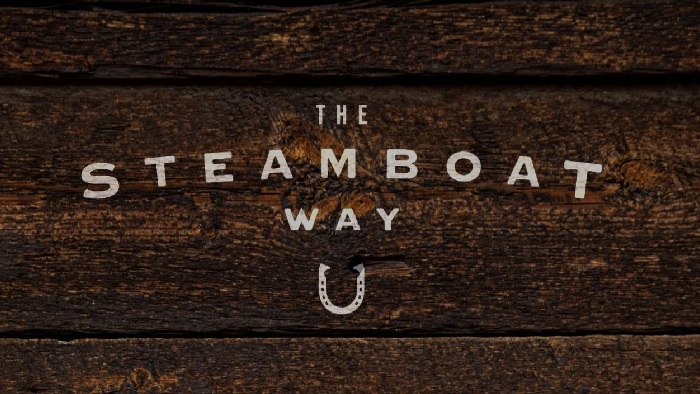 Steamboat Ski and Resort Corporation is launching a new campaign developed by brand accelerator agency Fortnight Collective to attract new visitors and build upon its legacy as a unique western vacation destination for skiers and snowboarders. The work, the most ambitious integrated marketing campaign by the resort to date, coincides with Steamboat’s 60th anniversary and a $200m capital investment into the guest experience. This is Fortnight’s first work for Steamboat since being named agency of record after a pitch in February of this year.

The creative campaign entitled, “The Steamboat Way,” blends Steamboat’s promise of western hospitality with world-class winter sports through the literary tradition of “cowboy poetry,” a style rooted in ranching culture that dates to the 1800s. Fortnight collaborated with internationally renowned cowboy poet Randy Rieman on the poetic narratives in the ads, which focus at the same time on both cowboy life and skiing. As they are being recited by Rieman, the imagery alternates between scenes of horse riding and skiing at the resort, emphasizing the many similarities between the two.

The campaign includes three :30 and three :15 brand spots, and five :30 and :15 promotional spots. The work is running nationally through April 2023 on video, social, direct mail, web, display and print media. Outlets will include YouTube, CTV, in cinema as well as Facebook and Instagram via programmatic media.

A nearly two-minute long-form film set to one of the genre’s most famous cowboy poems, “Out Where the West Begins” by Arthur Chapman (1873-1935), will premiere November 3 during Warren Miller’s Daymaker Colorado Film Tour and will play at 13 screenings throughout the state. Miller is the spiritual founder of ski films, and his movies have been capturing the imagination of skiers since the 1950s. Today, the Warren Miller Film Tour marks the unofficial start of ski season for countless diehard skiers across the country.

Australian filmmaker Richard Bullock of Hungry Man Productions directed the project and brought his experience helming authentic documentary projects for Adidas, On Running, and Omega to capture the spirit of cowboy culture and the artful recitations of original and famous cowboy poems.

“Crafting the cowboy poetry for this project with Randy Rieman was a truly unique collaborative experience for the creative and production team at Fortnight,” said Adam Chasnow, chief creative officer and partner at Fortnight Collective. “He is a true master of this art form. We learned so much from him and every bit of it ended up on screen.”

The campaign coincides with the largest capital improvement project in resort history. Named “Full Steam Ahead,” the three-year, $200 million initiative includes base area improvements, new lifts and a terrain expansion that will make Steamboat the second-largest resort in Colorado.

Fortnight Collective is a full-service independent brand marketing accelerator that is focused on helping brands be better, faster. With its unique BrandHack™ process, Fortnight Collective liberates the strategic and creative development process. From three-day sprints to two-week hacks to AOR relationships, Fortnight puts the right talent around the table at the right time to accelerate brand momentum for marketers. Based in Boulder, Colorado, and with an office in London, clients include Noodles & Company, People, Crocs, Vrbo, Expedia Group, One Brands, Steamboat Resort Corporation, Odell Brewing, Mondelez, Mortal Kombucha and more. For more information, visit fortnightcollective.com.