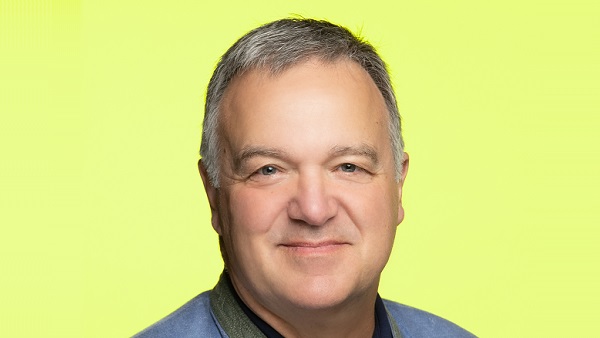 VANCOUVER, Wash. and NEW YORK, Oct. 04, 2022 (GLOBE NEWSWIRE) — Absci Corporation (Nasdaq: ABSI), leaders in the protein drug creation revolution harnessing generative AI and scalable biological data to design better therapeutics, faster, today announced the appointment of Andreas Busch, PhD, as Chief Innovation Officer, where he will be responsible for leading R&D, technical operations, and driving both Absci’s internal and partner programs. As a former pharma R&D executive, Dr. Busch brings substantial R&D expertise to Absci’s leadership team as a world-renowned leader in drug development that has led discovery efforts for some of the globe’s top pharma companies including Sanofi, Bayer, and Shire. His leadership has resulted in over 10 commercial drugs starting from bench to FDA approval with several more in late stage clinical development.

“Serving on Absci’s Board has solidified my conviction and belief that Absci is dismantling the paradigm of drug discovery with generative AI which will allow us to achieve our vision to go from discovering or finding drugs within existing libraries to creating drugs in silico on a computer,” said Dr. Busch. “To usher in this new reality, high-quality and high-throughput biological data is needed. Absci has addressed this data problem through its breakthrough wet lab technology that can interrogate millions-to-billions of protein-protein interactions in a given week. The integration of these wet lab data technologies with generative AI is critical for the evolution of drug discovery to drug creation which will enable patients access to higher efficacy drugs, faster. I couldn’t be more excited to join the team full time and make this a reality.”

“I’m honored and humbled to have this opportunity to work alongside someone as accomplished and well respected in drug development as Dr. Busch,” said Sean McClain, Founder and CEO of Absci. “With his extensive operational R&D expertise coupled with Absci’s generative AI drug creation platform, we are strongly positioned to redefine the drug discovery process and create better drugs for patients faster. I’m thrilled to welcome Dr. Busch to our team and look to this next chapter with confidence as we embark on the protein drug creation revolution.”

Prior to joining Absci, Dr. Busch served as Chief Scientific Officer and Chief Innovation Officer, Head of the Innovation Center at Cyclerion Therapeutics, Inc., an innovator in CNS biotherapeutics. Before Cyclerion, Dr. Busch served as Executive Vice President, Head of Research & Development and Chief Scientific Officer at Shire prior to their acquisition by Takeda. Prior to joining Shire, he held several senior leadership positions in his 13-year tenure at Bayer, most recently as Executive Vice President and Head of Global Drug Discovery for Bayer Pharma in which he oversaw all functions and activities from target identification to Proof of Concept in patients. Dr. Busch was responsible for shaping Bayer’s overall R&D strategy, integrating Schering’s drug discovery R&D, and oversaw vast improvements in Bayer’s research productivity. Earlier in his career, Dr. Busch was Global Head of Cardiovascular Research at Hoechst and Sanofi-Aventis. Dr. Busch has served as a member of numerous Supervisory and Scientific Boards of research institutions and companies, including the German Cancer Research Center, the University of Tübingen, the Max Delbrück Center, and the Max Planck Institute of Molecular Genetics, as well as Takeda and start-up companies, such as Omeicos and BerlinCures. He also holds the title of Extraordinary Professor of Pharmacology at the Johann Wolfgang Goethe-University in Frankfurt, Germany. Dr. Busch received his license to practice Pharmacy and PhD in Pharmacology from the Johann-Wolfgang-Goethe-University, Frankfurt. He is the author of over 400 publications and abstracts, and he received the prestigious Sir Bernard Katz and Franz Volhard Awards for his work on renal and cardiac ion channels and transporters.

Absci is the drug and target discovery company harnessing deep learning AI and synthetic biology to expand the therapeutic potential of proteins. We built our Integrated Drug Creation™ Platform to identify novel drug targets, discover optimal biotherapeutic candidates, and generate the cell lines to manufacture them in a single efficient process. Biotech and pharma innovators partner with us to create the next generation of protein-based drugs, including Bionic™ proteins containing nonstandard amino acids, and other novel drug designs that may be impossible to make with other technologies. Our goal is to enable the development of better medicines by Translating Ideas into Drugs™. For more information visit www.absci.com and follow us on social media: Twitter: @Abscibio, LinkedIn: @absci, and subscribe to our Absci YouTube channel.

Availability of Other Information about Absci

Investors and others should note that we routinely communicate with investors and the public using our website (www.absci.com) and our investor relations website (investors.absci.com), including without limitation, through the posting of investor presentations, SEC filings, press releases, public conference calls and webcasts on these websites, as well as on Twitter, LinkedIn and YouTube. The information that we post on these websites and social media outlets could be deemed to be material information. As a result, investors, the media, and others interested in Absci are encouraged to review this information on a regular basis. The contents of our website and social media postings, or any other website that may be accessed from our website or social media postings, shall not be deemed incorporated by reference in any filing under the Securities Act of 1933, as amended.