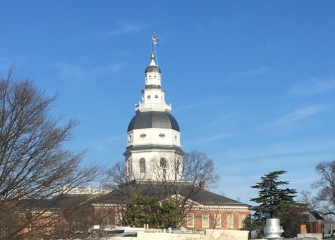 Negotiations on Capitol Hill over the legislation have stalled. One of main areas of contention is a proposal by Senate Republicans to reduce the enhanced unemployments benefits many Americans have been receiving since the beginning of the pandemic from an extra $600 a week to an extra $200 a week. Democrats have said the proposal is a non-starter.

“I do believe strongly that if we don’t get another stimulus injected for our local and state governments there will be drastic cuts to the state budget,” Sen. Cory McCray (D-Baltimore City) told MarylandReporter.com in a phone interview on Thursday.

McCray said the stimulus package is crucial for Maryland.

“There’s a great need, especially in Baltimore City, the state of Maryland-these pocket of areas. We see that with food insecurity. We also see that as we talk about our young people and how they’re going to be adapting to school. I think about the digital divide and actually having to purchase extra computers. With this extra stimulus, local governments are paying very close attention and are in desperate need of it. State government is paying close attention and is in desperate need.”

Del. Brian Chisholm (R-Anne Arundel) cautioned that continued reliance on the federal government to come to the rescue of the states leads to unsustainable practices.

“For us to continue to artificially prop up the economy by printing money and giving it to people is fools gold. It is absolutely fools gold.”

Chisholm said business owners have told him that the enhanced unemployment benefits are discouraging many people from coming back to work.

“I talk to business owners all day long who tell me they can’t get people to come back to work because of the unemployment. But they need people. In order for us to ever get out of this we have to go back to almost full employment.”

Maryland Retailers Association president Cailey Locklair also said that enhanced unemployment benefits may discourage some people from returning to work, however, she noted that right now the extra payments might be necessary.

“It isn’t rocket science, people are going to choose to make the most money possible. This is concerning when we are trying to get our economy going again. Federal Reserve Chairman Jerome Powell has warned against this repeatedly- our economy is not going to recover if employees cannot or chose not to return to their previous jobs.”

At the same time, if a job no longer exists, those individuals need support until they can find another job. Jobless claims nationally just rose for the 2nd week in a row and there are 5.4 million Americans who said in the Census Bureau’s weekly household survey that they “often” do not have enough to eat. It is blatantly apparent there are two sides to this coin.”

Former Maryland Rep. Albert Wynn (D) predicted that lawmakers will reach an agreement on the stimulus after the deadline for authorization of enhanced unemployment benefits has passed.