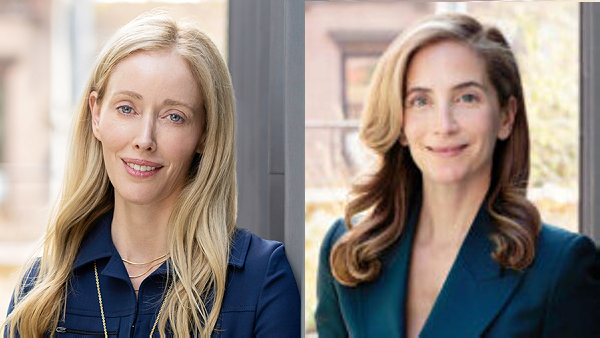 New York’s Able Partners, a women-led venture firm focused on reducing the wellness gap in society, has joined investors including social entrepreneur Freado Kapor Klein in a $5 million seed round for Zócalo Health, a Seattle, Wash.-based healthcare service designed for the Latino community.

“We founded Zócalo Health to embrace the values and traditions from our culture and Latino identity and make them the heart of the primary care experience,” said Erik Cardenas, cofounder and CEO of Zócalo Health. “We are transforming healthcare in this country, as we can no longer rely on a one-size-fits-all system filled with inequalities.”

Able Partners was started in 2016 by Amanda Eilian and Lisa Blau, both of whom run the health and wellness-focused venture firm as founding partners. The powerhouse duo has brought an eagle’s focus to the firm’s approach. It aims to reduce the wellness gap in society, and toward this goal invests in startups that disrupt healthcare, build the care economy and consumer wellbeing, and enable connection and community.

The New York firm additionally focuses on startups that cater to women, immigrants, caregivers, aging adults and Gen Z. Of its 65 portfolio investments, nearly half have been diversity investments. It has made five exits. Its most recent investments include Givers, Capable Health, Amae Health, Vivvi, Little Otter and ianacare.

For the past decade, Eilian has invested in early-stage consumer companies. Prior to that, she co-founded Videolicious, an Amazon-backed enterprise video creation platform that was acquired by Squarespace (NYSE:SQSP).  Previously she was a founding partner of a SPAC, Capitol Acquisition Corporation, which closed a $265 million initial public offering and became Two Harbors Investment Corp. (NYSE:TWO), an REIT valued at $3 billion.

Blau, who is married to real estate tycoon Jeff T. Blau, has been an active investor, focusing on women-led ventures. She previously cofounded VitalJuice.com, which ran an email newsletter on healthy living tips. She also helped build and launch Portero, an online luxury goods auction site sold to Richemont.

New York-based Animo Ventures was started in 2018 by Argentine-born Nico Berardi and Mexican-born Antonio Osio. It typically invests between $500,000 and $2.5 million in early-stage startups. Berardi previously started Miami Angels, where he still holds a board seat, and Resolute Ventures. He also held a senior position at the nonprofit TECHO, which runs anti-poverty programs in Latinn America.

Osio has worked in hedge funds, corporate law and economic development. Prior to Animo, he was a managing partner at Capital Invent, a Mexico-based early stage VC fund. He has also been an investor at FJLabs, a marketplace-focused venture firm.

Zocalo serves the nation’s largest minority group — over 60 million Latinos with disproportionately limited access to healthcare. The community has just one primary care physician for up to 6,000 residents in predominantly Latino zip codes. The company is launching its services in California and Texas during the ongoing National Hispanic Heritage Month. It plans to expand to Washington later in the year. Its services include same-day virtual healthcare appointments and navigation assistance for a monthly fee.

Erik Cardenas and Mariza Hardin started Zocalo just over a year ago. Both previously worked at Amazon Care, the ecommerce giant’s health care unit. Cardenas has over 20 years’ experience in healthcare technology, with stints at WellnessFX and EverlyWel. In 2020, he was named in Business Insider’s 30 under 40 working to transform U.S. healthcare. In a career spanning over a decade, Hardin has worked at Aleve Health and Omada Health, among other organizations.