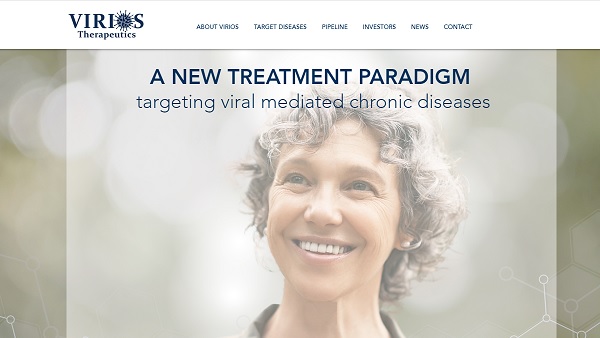 ATLANTA–(BUSINESS WIRE)–Virios Therapeutics, Inc., a development-stage biotechnology company focused on advancing novel, combination antiviral therapies to treat debilitating chronic diseases, including fibromyalgia, announced today the closing of its previously announced underwritten public offering of 10.0 million shares of its common stock at a public offering price of $0.50 per share, for gross proceeds of $5.0 million, before deducting underwriting discounts, commissions and offering expenses. All of the shares of common stock were offered and sold by the Company. In addition, the Company has granted the underwriters a 45-day option to purchase up to an additional 1.5 million shares of common stock at the public offering price less discounts and commissions, to cover over-allotments.

The Company intends to use the net proceeds from the offering primarily to further advance the clinical development of IMC-1 and for working capital and general corporate purposes.

ThinkEquity acted as sole book-running manager for the offering.

The securities were offered and sold pursuant to a shelf registration statement on Form S-3 (File No. 333-263700), including a base prospectus, filed with the U.S. Securities and Exchange Commission (the “SEC”) on March, 18th, 2022 and declared effective on April 28, 2022. The offering was made only by means of a written prospectus. The final prospectus supplement relating to the offering was filed with the SEC and is available on the SEC’s website at www.sec.gov. Copies of the final prospectus supplement and the accompanying prospectus relating to the offering may also be obtained from the offices of ThinkEquity, 17 State Street, 41st Floor, New York, New York 10004, by telephone at (877) 436-3673 or by email at prospectus@think-equity.com.

Virios Therapeutics (Nasdaq: VIRI) is a development-stage biotechnology company focused on advancing novel antiviral therapies to treat debilitating chronic diseases, such as fibromyalgia (“FM”). Immune responses related to the activation of tissue resident herpes have been postulated as a potential root cause triggering and/or sustaining chronic illnesses such as FM, irritable bowel disease, chronic fatigue syndrome and other functional somatic syndromes, all of which are characterized by waxing and waning symptoms with no obvious etiology.