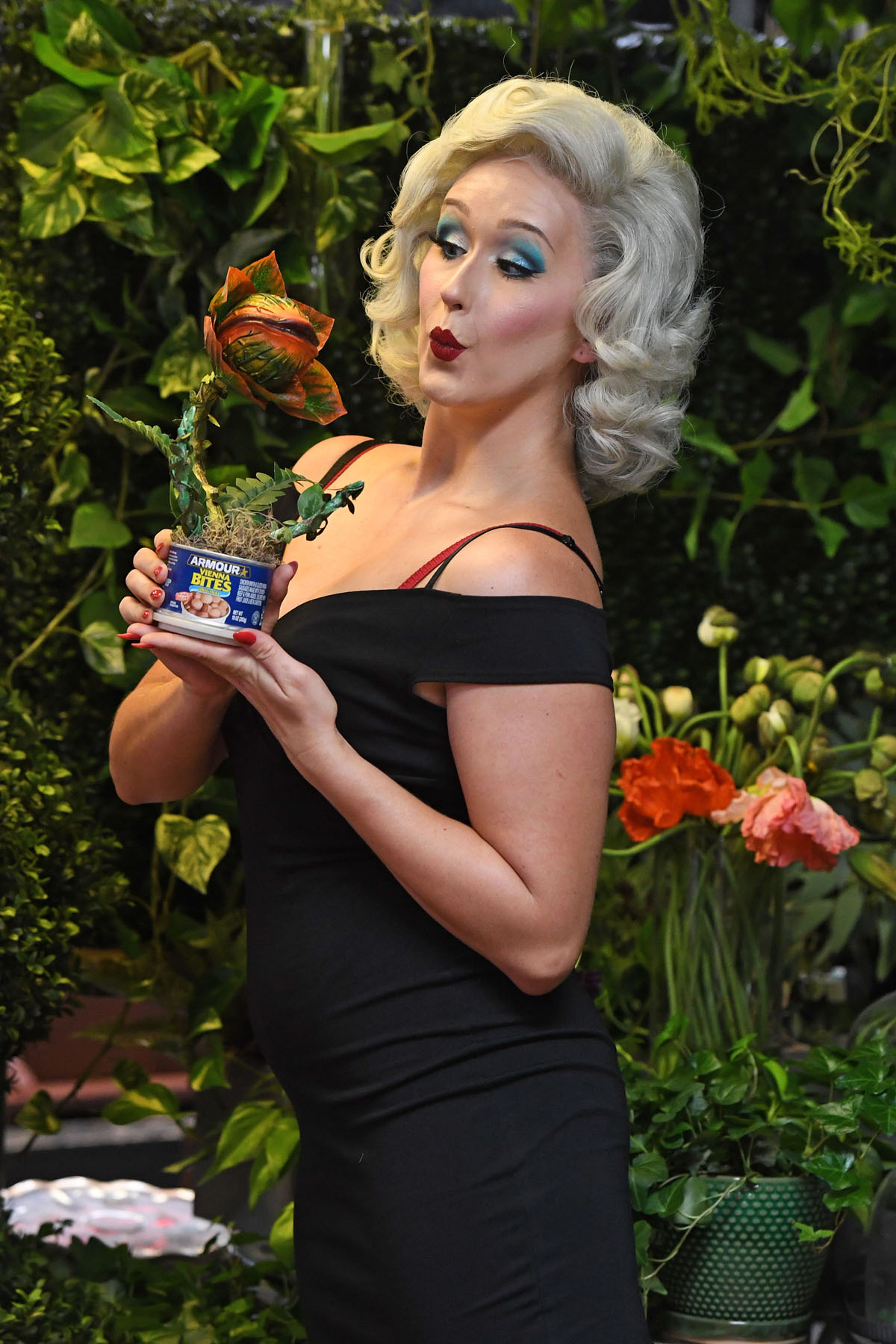 In an early Halloween treat, the Slow Burn Theatre 2022/2023 season presented by American National Bank begins with Little Shop of HorrorsSaturday, October 15- Sunday, October 30 in the Amaturo Theater at the Broward Center for the Performing Arts.

This delicious sci-fi smash about a man-eating plant has devoured the hearts of theater goers since it first opened off-Broadway 40 years ago winning Drama Desk awards for Outstanding Musical, Outstanding Lyrics by Howard Ashman and Outstanding Special Effects. Composer Alan Menken, who collaborated with Ashman on Disney’s The Little Mermaid, Beauty and the Beast and Aladdin, was nominated for the award for his music and was only bested by none other than Andrew Lloyd Webber for Cats!

Ashman’s book for the musical was based on the cult film favorite by Roger Corman with a screenplay by Charles Griffith. Going full circle, the musical was adapted for film and won the Academy Award

for Best Original Song for “Mean Green Mother from Outer Space,”which will be the rousing post-curtain call finale in Slow Burn Theatre’s production.

Nick Anastasia portrays the meek floral assistant Seymour Krelbornwho stumbles across a new breed of plant he names “Audrey II” – after his coworker crush Audrey, portrayed by Caiti Marlowe. This foul-mouthed, R&B-singing carnivore, voiced by Tarik Zeigler,promises unending fame and fortune to the down and out Krelbornas long as he keeps feeding it, BLOOD. Over time, though, Seymour discovers Audrey II’s out of this world origins and its intent on global domination. 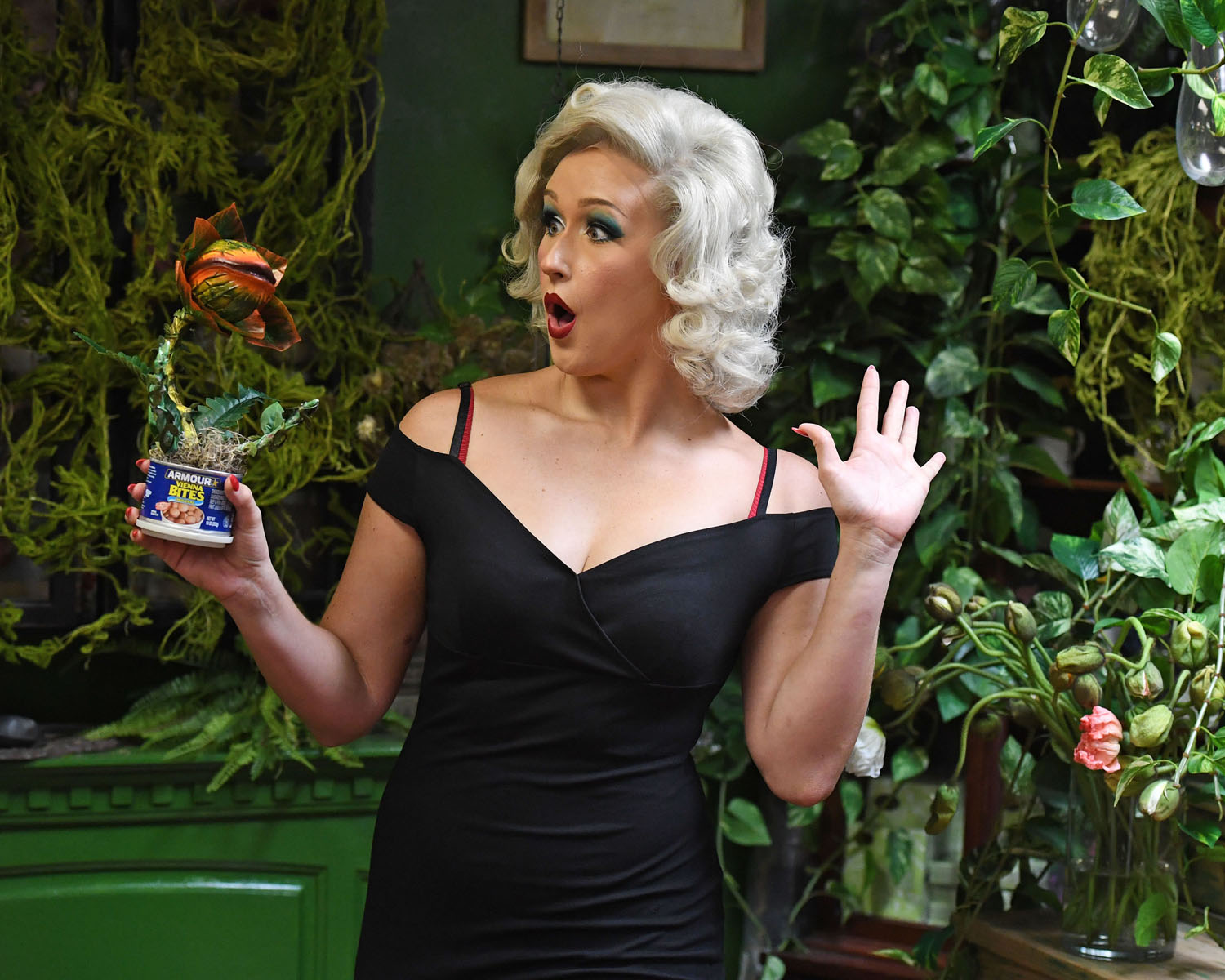 This production is presented through special arrangement with Music Theatre International (MTI) and contains adult language or content. 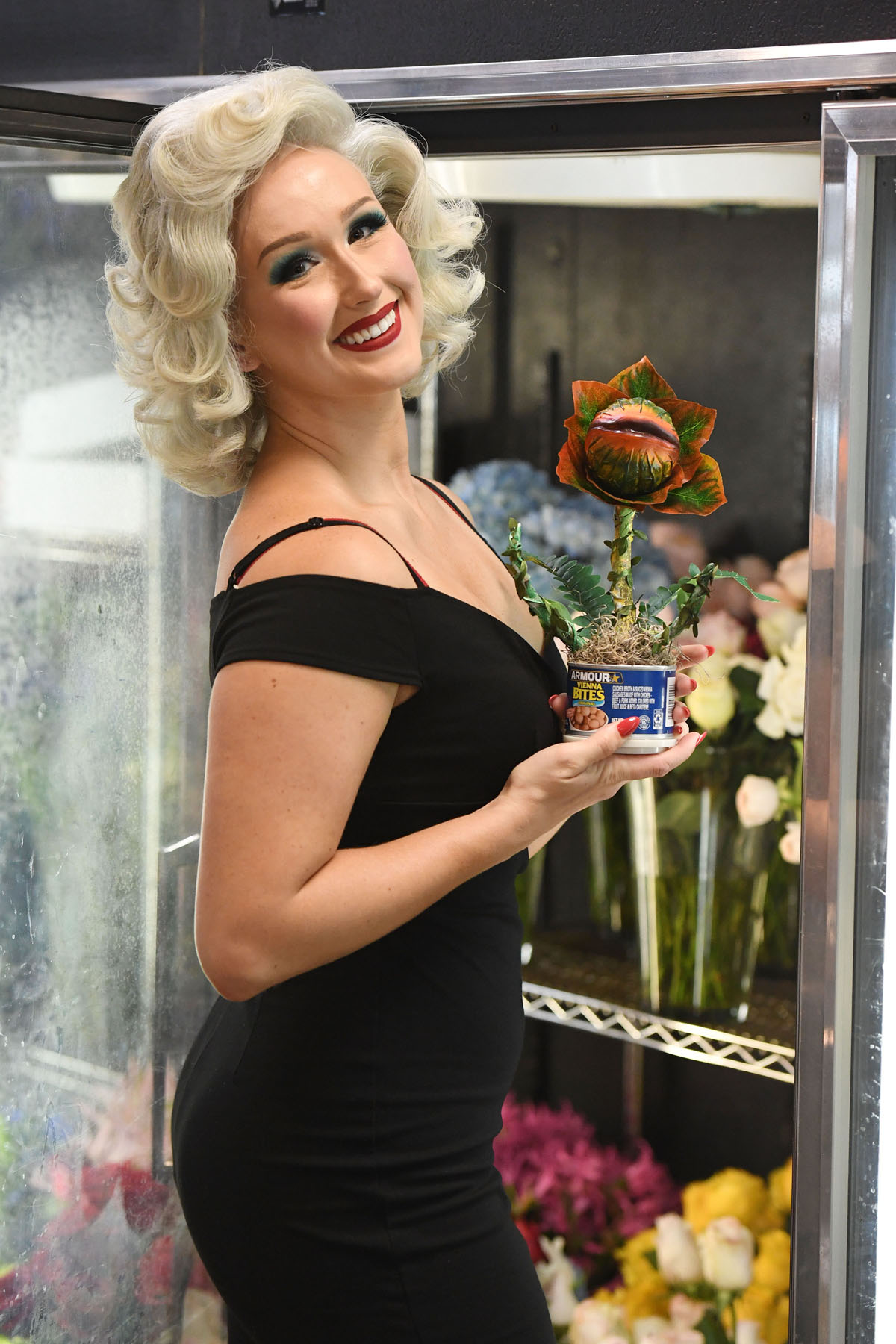 Little Shop of Horrors performance times vary. Tickets are $49-$65.Buy tickets online at BrowardCenter.org, or Ticketmaster.com; by phone at 954.462.0222 or in person at the Broward Center’s AutoNation Box Office. Ticketmaster is the only official ticketing service of the Broward Center and Parker Playhouse.

The Broward Center 2022/2023 season is supported by the Broward Performing Arts Foundation. AutoNation, Greater Fort Lauderdale Convention & Visitors Bureau, Spirit and Sylvester Comprehensive Cancer Center are proud sponsors of the Broward Center. Programs are also sponsored in part by the State of Florida, Department of State, Division of Arts and Culture, the Florida Council on Arts and Culture, and the National Endowment of the Arts.