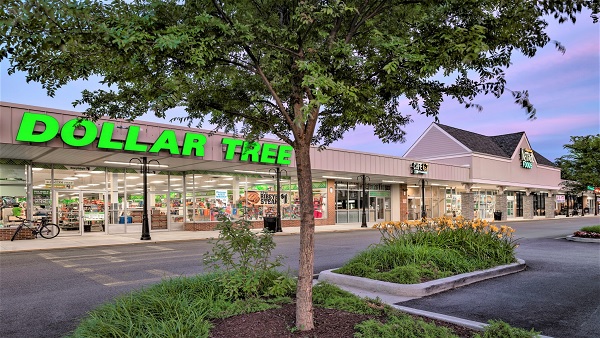 “Atlantic Realty specializes in working with residents, citizen leaders and local government to improve neighborhood and community centers” stated Adam Schulman, Principal at Atlantic Realty Companies. He added: “As the second oldest shopping center in the State of Delaware, Newark Shopping Center already had an incredible history with strong fundamentals. The last improvements to the center were over 50 years ago and we worked with the tenants and the community to update the center to meet the needs of today. A few of the major improvements to the center included completely renovating and expanding the cinema, providing direct connectivity to the Pomeroy Trail, and adding a walkable multifamily housing component to the site. In addition to working with the citizen leaders, Atlantic personnel had the opportunity to meet and work with Marilyn Minister, one of the original 1955 tenants of Newark Shopping Center, and US Senator Chris Coons who grew up in the area.”

Gil Neuman, Principal of Neuman Commercial Group, stated: “While the university’s Covid shutdown paused our first marketing process, ownership worked with tenants to assist them through the challenging times. This resulted in fortifying what had already been a strong rent roll. There was strong interest in Newark Shopping Center and Atlantic worked closely with a top buyer who closed as promised, albeit during a late-breaking interest rate surge.”

Newark Shopping Center lies in the city’s urban core near the University of Delaware, one of the country’s oldest higher learning institutions, with an enrollment of 24,000 students. Access to new One Easton, a separate six-story housing complex, is reached directly through the property. Newark is located east of the Maryland state line between Philadelphia (45 miles) and Baltimore (55 miles), serviced by highways I95/Delaware Turnpike, I-295 and I-495. With no state sales tax, low property tax and surrounded by 12,000 acres of public parks and outdoor recreation areas, Kiplinger ranked Newark in 2019 in its Top 16 Great Small Towns for Early Retirement. New Castle County has the state’s largest population, and is home to major companies DuPont, AstraZeneca, Zenith Products, Tire Rack, Canada Dry Distributing Co., and Speakman.

Atlantic’s imprint is defined through its quality properties and its reputation for integrity, performance, and accountability. Combining an entrepreneurial spirit with broad real estate expertise, Atlantic Realty has created a distinctive four million plus square foot portfolio of office, retail, and mixed-use properties, each offering an optimal combination of location, value, and quality. The company succeeds in wide spectrum of real estate projects, applying in-house capabilities that integrate development, acquisition, leasing, construction, and property management.

Neuman Commercial Group formed in 2017 as a highly focused firm specializing in arranging the disposition and acquisition of anchored and unanchored retail and commercial assets throughout the MidAtlantic and Eastern Seaboard. CoStar ranked Neuman Commercial Group a Power Broker Top Firm Award winner in 2017, and again in 2020. www.neumancommercial.com.