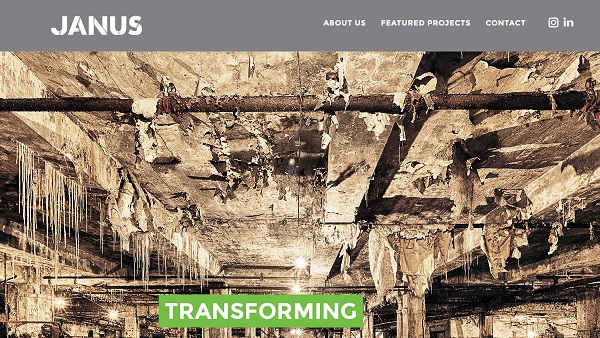 The Janus Property Group is pleased to announce that the Malt House is currently home to “Real Corporeal,” a group exhibition presented by Gavin Brown and the Gladstone Gallery.  The vibrant opening occurred on September 9.  In addition to works by Amanda Ba, Rhea Dillon, Cyprien Gaillard, Chase Hall, Arthur Jafa, Klein, Mark Leckey, Tommy Malekoff, Jasper Marsalis, Nakaya Mossi, Christelle Oyiri, George Rouy, Sara Sadik, Pol Taburet and Tucker van der Wyden, there will be a series of evening performances, as well, with the first occurring this evening on September 16. Curated by Ben Broome, the show will run through October 15th and is open Wednesdays through Sundays.

The Real Corporeal show is located in Gavin Brown Enterprise’s prior gallery in Janus’s Manhattanville Factory District Malt House at 439 W 127th Street. The Factory District is a mixed-use walkable district fronting West 125th Street, encompassing four acres and over 1.1 million rsf to West 128th Street, nestled between Columbia University and City College. The District includes the newly completed 350,000 rsf Taystee Lab Building and 200,000 rsf Malt House, as well as the 150,000 rsf Mink Building, 50,000 rsf Sweets Building and Plowshares Coffee Roastery and Café at Amsterdam and West 126th Street. It includes several future development sites, with the entire campus accessible from and to the neighborhood, while simultaneously tied together as a unique master-planned district through a series of landscaped, midblock passageways and courtyards.

Installed through the entire gallery with an outdoor seating area, “Real Corporeal” attempts to disrupt the usual tenor of a gallery space with an arrangement of corporeally-rousing work, joining artists who deal in divergent media and are convening from various localities. Contemplating the notion of the physical body as an intrusion in the traditional gallery space – a setting typically conducive only to minds and eyes – “Real Corporeal” offers opposition by centering the social as the fundamental dimension: the cause to gather as a catalyst for the conception, exhibition, and reception of the artworks.

Further to the notion of sociality, “Real Corporeal” reframes the restrictive idea of generational hierarchies. If one is to conceptualize the exhibition as a family gathering, the aunts and uncles are seated interspersed amongst the younger cousins. Attention is drawn to conscious and unconscious encounters between the works’ disparate contexts; visitors trace the formal and conceptual edges of each artist’s position, inhabiting the physical and metaphysical spaces in between, as the torch is passed from the older generation to a new generation. The resultant survey considers a potential sum of intergenerational parts; a metaphoric glimpse at the art-object-as-vehicle.

“Real Corporeal” realizes a schematic map of histories and futures as written in the work and relationships of the artists: from video and sound art pioneer Joan Jonas, the eldest participating performer, we come naturally, as if trickling, to the art, music, and performance of Jasper Marsalis and Christelle Oyiri. From Klein, who counts among her collaborators, Leckey, we travel not backwards or forwards in time, but laterally, to Sara Sadik whose valiant experiments with video modes are rightly staged in the company of a new video work by Arthur Jafa. The figurative paintings of Amanda Ba, Pol Taburet, Chase Hall, Nakaya Mossi and George Rouy provide an illustrative counterpart to  conceptual sculpture by Rhea Dillon and Tucker van der Wyden. Likewise, Tommy Malekoff’s moving-image vernacular is kindred with the work of Cyprien  Gaillard.

The accompanying performative program, including Chassol, Gabber Eleganza, Joan Jonas, Slauson Malone and more yet to be announced, serves to doubly re-contextualize the space and satiate the para-social tension of the static exhibition. The resultant environment is as much a product of its participants – performers and visitors – as the surrounding exhibition context.

For further information about this show and current gallery hours at the Malt House and in Brussels, please visit the Gladstone website or contact Andrew Huff at ahugg@gladstonegallery.com.

About the Janus Property Company
The Janus Property Company is a developer, long-term owner and manager of life science, commercial, mixed-use and residential properties in New York City, with a current primary focus on the creative redevelopment of the Manhattanville Factory District in West Harlem. Since 1989, Janus has consistently undertaken important and complex community development projects, creating enduring value for its tenants, partners, lenders and the greater New York City community. It specializes in understanding the numerous issues involved in developing and managing real property in New York. This has resulted in an impressive array of successful projects ranging from the extensive rehabilitation and new construction of market rate and affordable rental and condominium housing to mixed-use projects, small and large-scale life science properties and master-planned neighborhood development. Janus is headquartered in the Manhattanville Factory District.