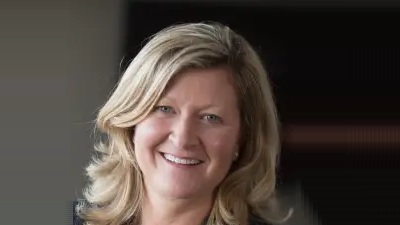 “Jodie has a deep background in executive, operational and development leadership, having successfully guided the growth of emerging biopharmaceutical companies across multiple therapeutic areas. As Q32 Bio transitions to later stage clinical trials, we welcome Jodie to the team and look forward to benefitting from her extensive leadership experience as she oversees the Company’s progress across our pipeline,” said Mark Iwicki, Chairman of the Board of Directors of Q32 Bio. “We also express our appreciation to Mike for his contributions to the Company.”

“Q32 Bio is advancing an innovative clinical pipeline and research platform with the potential to transform the treatment options for patients with autoimmune diseases and has made important progress in the past several years,” said Ms. Morrison. “I am pleased to lead the Company as it advances its pipeline into the later stages of clinical development, and I look forward to working with our outstanding and dedicated team to bring important new medicines to patients.”

During his tenure as CEO, Mr. Broxson helped Q32 Bio progress from an early-stage clinical company to one with a robust pipeline and two rapidly progressing clinical programs. Q32’s most advanced program is ADX-914, a fully human anti-IL-7Rα antibody being developed for the treatment of multiple autoimmune diseases that was recently partnered with Horizon Therapeutics. In addition, the Company is advancing ADX-097, its wholly owned tissue targeted protein therapeutic for the treatment of complement disorders, through a first-in-human, Phase 1 clinical study that is currently ongoing.

Ms. Morrison is a Venture Partner at Atlas Venture and was previously CEO of Cadent Therapeutics until its sale to Novartis in 2020. Previous roles include serving as interim CEO at Keryx Biopharmaceuticals, Inc. (at the time of the merger with Akebia), acting Chief Operating Officer at Syntimmune (acquired by Alexion), and President and CEO of Tokai Pharmaceuticals, where she oversaw the company’s successful initial public offering. Prior to being appointed President and Chief Executive Officer at Tokai Pharmaceuticals, Ms. Morrison held other senior positions with the company, including Chief Operating Officer, Head of Clinical Affairs and Program Operations, and Vice President of Clinical Affairs and Program Operations. Prior, Ms. Morrison held roles in clinical operations and medical affairs at Dyax Corporation, Curis, Inc., and Diacrin, Inc. Ms. Morrison received a B.A. in neuroscience from Mount Holyoke College, her clinical research certification from Boston University School of Medicine, and her business training through the Greater Boston Executive Program at the MIT Sloan School of Management. She currently sits as Chair of the Board of Directors for Ribon Therapeutics, Inc., as a member of the Board of Directors at Rectify Pharmaceuticals, Inc. and Aileron Therapeutics, Inc. and has been recognized for her leadership skills by the Boston Business Journal’s “Power 50” and “Women to Watch” awards, and WEST’s “Making a Difference” award.

The company’s most advanced program, ADX-914, is a fully human anti-IL-7Rα antibody that re-regulates adaptive immune function and is being developed in collaboration with Horizon Therapeutics for the treatment of autoimmune diseases, including Phase 2 trials in both atopic dermatitis and an undisclosed indication. The IL-7 and TSLP pathways have been genetically and biologically implicated in driving several T cell-mediated pathological processes in numerous autoimmune diseases.