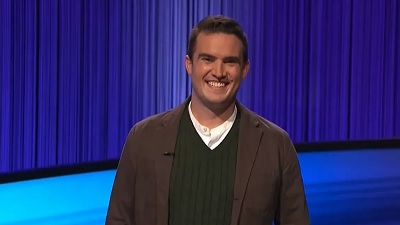 He won again, but not without sparking a controversy over his handwriting.

For the second time in a row, Baltimore smarty pants Emmett Stanton came from behind to win the popular trivia game show “Jeopardy!,” in the program that aired Monday night.

He also used his appearance on national TV to bolster his reputation as a train lover, telling a story about an unpleasant experience he had with an airline.