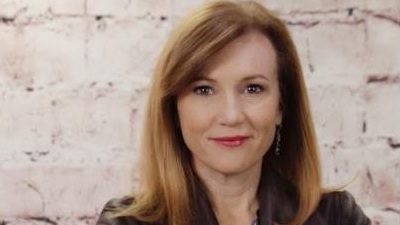 AUGUSTA, Ga.–(BUSINESS WIRE)–Conceal, the leader in Zero Trust isolation technology, today announced that Theresa Payton, who made history as the first female White House Chief Information Officer and is a veteran cybercrime fighter, entrepreneur and author, has joined the Conceal Board of Advisors.

“The fact that business applications are increasingly accessed via browsers creates a dangerous attack vector for cyber criminals to launch ransomware, malware and other attacks,” said Theresa Payton. “Conceal has developed an innovative approach that outpaces attacker tactics and safeguards user activity by identifying and isolating threats before they can impact the business. I am looking forward to helping Conceal bring this highly advanced technology to the broader market.”

“Theresa Payton has been in the trenches, protecting leading financial institutions and our nation’s greatest assets against some of the world’s most sophisticated cyber attacks, and she has successfully built and run companies,” Gordon Lawson, CEO of Conceal. “We welcome Theresa to the board and look forward to working with her on our product and business strategies.”

Theresa Payton is a highly respected authority on cyber security and holds an approved U.S. patent. After serving as the first female White House CIO for George W. Bush, Theresa funded and founded Fortalice Solutions, a global cybersecurity and business intelligence consulting firm where she is CEO and later funded and co-founded Dark3 which was recently acquired by Celerium, Inc.

Before her tenure at the White House, Theresa held executive roles in banking technology at Bank of America and Wells Fargo. She is the co-author of two books including Protecting Your Internet Identity: Are You Naked Online?, Privacy in the Age of Big Data: Recognizing Threats, Defending Your Rights, and Protecting Your Family, and is the author of Manipulated: Inside the Cyberwar to Hijack Elections and Distort the Truth which hit #1 hottest new release on Amazon and is on The Guardian’s list of 10 must read cybercrime books. She also hosts Cybercrime Magazine’s weekly podcast, The CISO Minute.

Conceal enables organizations to protect users from malware and ransomware at the edge. The Conceal Platform uses Zero Trust isolation technology to defend against sophisticated cyber threats. Conceal is used by Fortune 500 and government organizations globally to ensure their users and IT operations remain secure, anonymous and isolated from attacks. For more information, visit https://conceal.io/.