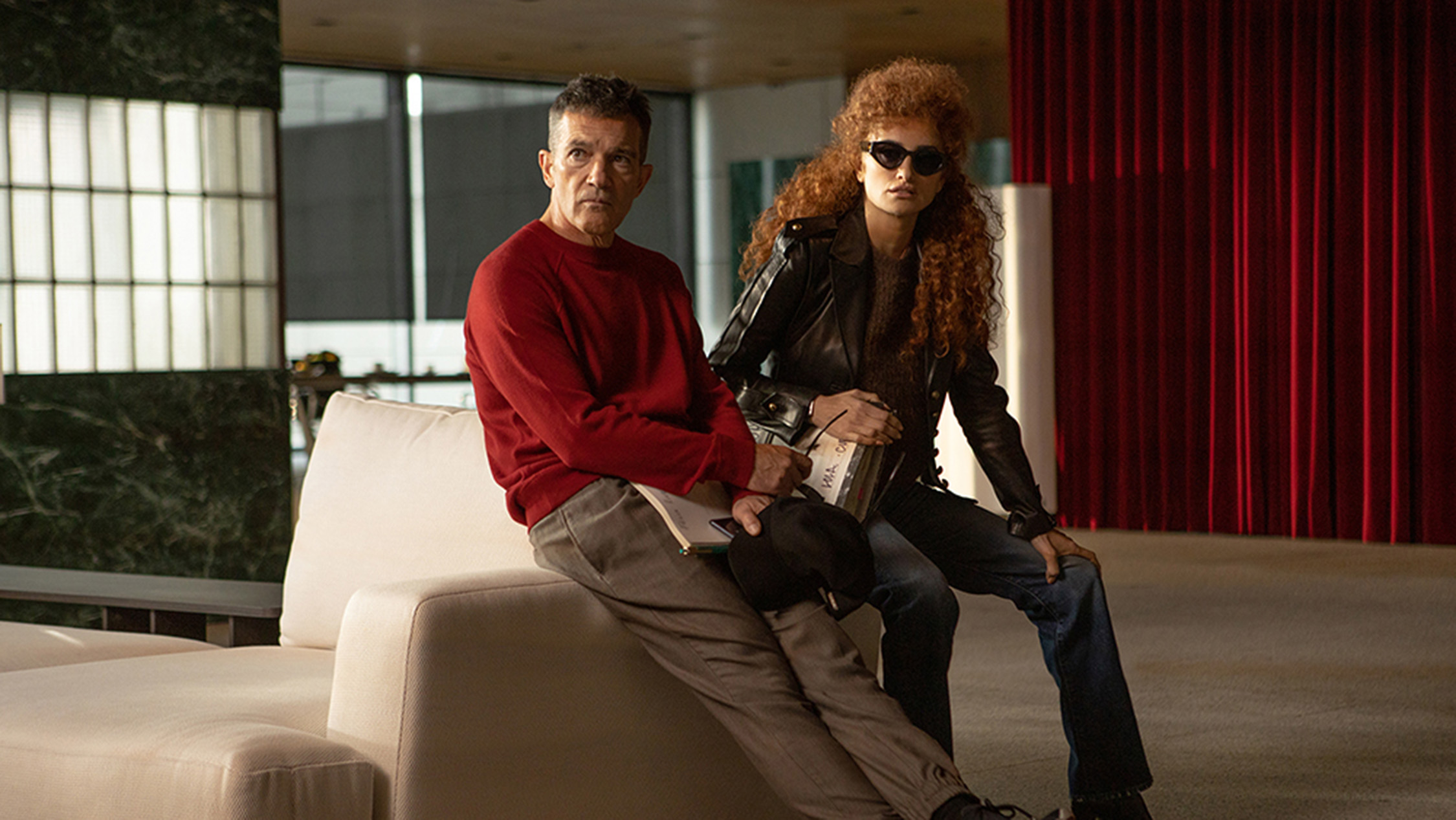 The Aventura International Film Series at the Aventura Arts & Cultural Center opens with Official Competition from Spain on Tuesday, October 11 at 7:30 p.m. Penélope Cruz and Antonio Banderas star as two egomaniacs commissioned by a millionaire to make a movie together in this sharp comedy skewering wealth, art and pride.

The star of such films as Dolor y gloria (Academy Award nomination),Evita, The Mask of Zorro, The Legend of Zorro, four movies in the Spy Kids franchise, Crazy in Alabama and The Mambo Kings, Banderas also provides the voice for Puss in Boots in the Shrek franchise. On television, he was nominated for an Emmy Award for his performance as Picasso in Genius and as Pancho Villa in And Starring Pancho Villa as Himself.

The Washington Post reported “The ridiculous yet often revered art of make-believe peculiar to the business of moviemaking is somehow simultaneously skewered and held up in admiring regard in Official Competition, a sly satire of cinema that also manages to be a showcase for the comedic chops of its stars.”

Co-directed by Mariano Cohn and Gastón Duprat, the film is not rated and shown in Spanish with English subtitles.

Admired film expert Shelly Isaacs curates the series and hosts each film with an introduction and a post-screening discussion. Isaacs is known for his Cafe Cinematheque programs at many venues throughout South Florida. He enjoyed a 30-plus year career as a creative director/writer specializing in creating print ads, commercials and trailers for feature films, TV and radio studios. He teaches foreign-language film appreciation in the Life Long Learning Society at FAU and FIU. In 2009, Isaacs launched Cinematheque at Sea and served as the film expert for Celebrity Cruise Lines at The Cannes International Film Festival.

Screenings are general admission with the lobby doors opening at 6:30 p.m. and the auditorium at 7 p.m. Tickets are $12. Ticketmaster is the only official ticketing service of the Aventura Arts & Cultural Center. Buy tickets online at aventuracenter.org, by phone at 877.311.7469 or 954.462.0222 or in person at the Aventura Arts & Cultural Center box office Tuesday through Saturday from noon to 5 p.m. and 90 minutes prior to each performance. For Group Sales, please call 954.660.6307.