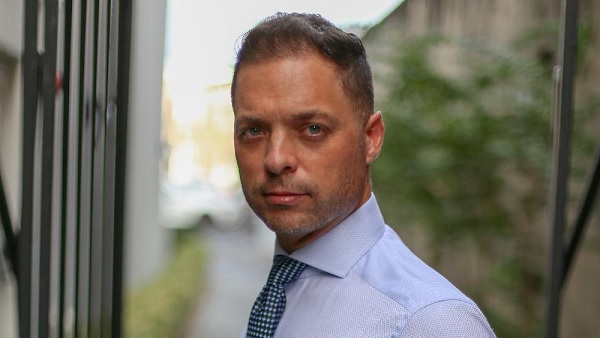 When was the last time you felt burned out or worked until you nearly dropped? Could there be a better way to build wealth that doesn’t cost your health, your relationships, or decades of slaving away in a job you hate? In Don’t Start a Side Hustle, Brian Page reveals the passivepreneur—a new kind of wealth builder paving the way for a life rich in time and money.

QUESTIONS ARE SO UNDERRATED

Imagine if you had back every single minute you’ve ever spent working. Add in every overtime hour you’ve ever worked. Now add in every decade you’ve invested in your career.

If you had that time back right now to do with as you please, how would you spend it? Would you change anything? What if we took that question and applied it to the future? If you had every minute from today until the end of your life to spend as you choose, what would you do?

Giving ourselves a “do-over” allows us to ask hard questions like:

This may seem like an unrealistic thought experiment but stay with me. New ways of seeing the world only emerge by asking ourselves new questions. As Tony Robbins says, “The quality of your life is in direct proportion to the quality of questions you ask.”

BRING ON THE POSSIBILITIES 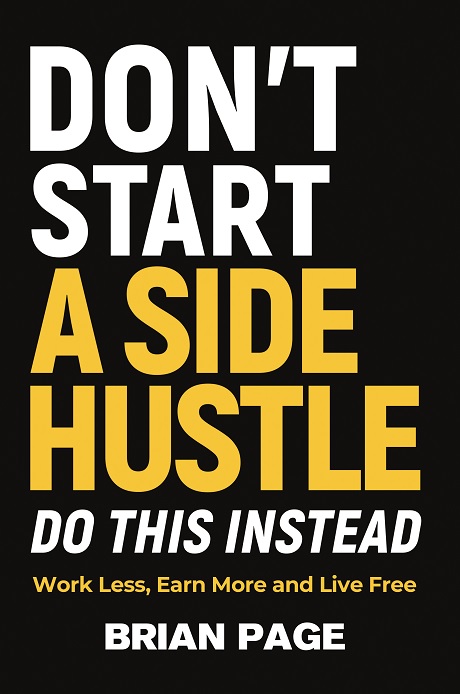 New questions may feel uncomfortable. They may even, on the surface, appear unrealistic because they are so novel. Often our brain immediately thinks that it’s not possible.

“Brian, I work a full-time job. I’m a parent and a spouse; I have responsibilities. I have no time as it is now.”

“I make enough to cover my bills. I maybe even have some money left over. But, I could hardly choose to stop working. I need my job.”

There is a reason we must ask ourselves new questions. It’s only with “blank-slate thinking” that we can craft our lives to be magical. New possibilities can emerge from at least considering what may right now seem impossible.

THE ART OF CREATING A PASSIVE INCOME

There is a new class of wealthy people emerging today, called passivepreneurs. They are financially well-to-do (think money/income/assets). But, they’re also rich in discretionary time. Their lifestyle allows them to be anywhere on the globe they like. They can be with whomever they want to bring along for the ride and stay for as long as they want to be there.

Passivepreneurs come from diverse backgrounds and education levels. They look very different from one another. But the one thing passivepreneurs have in common is that they have mastered the art of creating passive income. They live a life of unlimited time, ultimate choice, and true financial freedom.

In this book, we will profile many of these individuals. We’ll also explain how they differ from the run-of-the-mill “money rich.”

PIV: THE GIFT THAT KEEPS ON GIVING

Focusing solely on increasing the digits in your bank account is a recipe for disaster. Why? Because money is but one factor in measuring what it is to be rich. Becoming a passivepreneur is not only possible but can happen in considerably less time than you may think.

The first thing that you will learn about passivepreneurs is that they all have a financial source from which they can draw. This source is not earned income, and it is never a job.

A passivepreneurs’ passive income vehicle (or PIV, as we will refer to it in this book) requires little, if any, of their direct time to maintain. Their financial source is independent of them. Regardless of what they do, their PIV feeds them day in and day out. They do not live to work; their PIVs do that for them.

TIME FOR A CHANGE

The highest priority of a passivepreneur is not to hit some arbitrary dollar amount in the bank, like a million dollars. They aren’t chasing a higher salary or a vague idea of “more” money. In fact, money is so little of a concern for them that they don’t think about it much. They are too busy enjoying life.

Passivepreneurs have built reliable and redundant sources of cash flow. These PIVs allow them to have a very different relationship with money. Unlike those with a high net worth but are time bankrupt, they actually have the time to create a life they love.

What would you do if you were time rich? What kind of possibilities would be open to you?

Think about what life would be like if you no longer had to think about needing to work for money. Can you imagine a life where weekends were no more exciting than weekdays because every day of the week was yours? What about a life where no one told you where you have to be or for how long you can be gone?

Any of this and more will be open to you when you become a passivepreneur.

Brian Page is an author and speaker focused on passive income creation. He has worked with such heavyweights as Grant Cardone, Tai Lopez, Dean Graziosi, and Kevin Harington from Shark Tank and has been featured in Entrepreneur, Inc., MSNBC, and Forbes. Page is best known as the creator of the BNB Formula, the world’s #1 bestselling Airbnb™ coaching program with over 25,000 students in 47 countries. He is the host of the “Digital Titans Podcast” and the star of the reality show “House Hackers.” His current Passive Income Vehicles™ include digital products, short-term rentals, online coaching, affiliate offers, commercial real estate, mortgage notes, dividend stocks, and cryptocurrency staking, to name a few. Page’s latest book, “Don’t Start a Side Hustle!” will release Nov. 8, 2022 via HarperCollins Leadership.