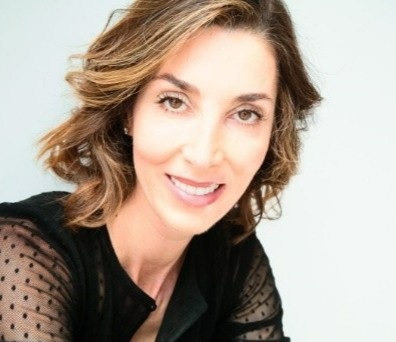 As the foundation builds and develops its core focus areas, Obagi’s vast experience working with family foundations across sectors will strengthen the organization’s programs and initiatives and solidify its reputation as a changemaker in family philanthropy.

“I am driven by an unwavering belief in the power of philanthropy to create a better world for everyone. I see myself as an architect and a builder who works seamlessly between strategy and execution. I enjoy working with families and organizations committed to meaningful impact through their programs and investments,” said Obagi. “When I met the Winston family, I was inspired by their intellectual prowess combined with heart, and their dedication to having an outsized impact with their philanthropy; I knew I wanted to be their partner. Our values, vision and high standards of excellence align in everything we seek to accomplish,” she added.

Obagi has guided the giving strategies of several high-profile, high-net-worth families and held leadership executive roles with various family foundations, most recently with the Arthur M. Blank Family Foundation. She is a proven leader with a strong track record of working with cutting-edge philanthropic organizations to deliver social impact through their investments.

In her role as vice president of finance and operations for the Arthur M. Blank Family Foundation, Obagi was part of the foundation and the Blank Family Businesses executive leadership team. She was responsible for building the organization’s capacity to fulfill Mr. Blank’s Giving Pledge of $1.5B over the next ten years, and for bringing financial rigor and capacity-building support to grantees. As the founding president and CEO of the Roy and Patricia Disney Foundation, Obagi established the newest progressive family foundation in Los Angeles focused on social, economic and environmental justice. She developed Disney’s philanthropic strategy and stewarded investments of $12.5M in annual grants.

“We are fortunate to have the resources available in our family foundation to pursue issues of paramount national importance to the well-being of society today,” said Bob Winston, trustee and chair of the search committee at the Winston Family Foundation. “Sylia will be instrumental in leading our organization as we evaluate additional investment opportunities and establish our reputation as a leading mid-size family foundation.”

One of the principal areas of interest for the Winston Family Foundation is examining the long-term effects of technology and device use on adolescent social and emotional development. In March 2022, building on an earlier three-year $3M planning grant to the University of North Carolina-Chapel Hill, the foundation granted UNC an additional $10M to launch the Winston National Center on Technology Use, Brain and Psychological Development, a best-in-class national research center. The gift also established the first endowed professorship in the department of psychology and neuroscience, the Winston Family Distinguished Professorship.

“Sylia is a rare leader who understands how to build organizations and convert philanthropic ambition into positive action,” said Jim Winston, Jr., Ph.D., trustee of the Winston Family Foundation. “As our founding executive director, she will play a vital role in advancing our core initiatives. Her vast experience leading family foundations, managing charitable investments and her commitment to furthering socially driven organizations are essential to helping us deliver results.”

Obagi brings over twenty years of experience working with philanthropic organizations to create a more inclusive society. Prior to Disney, she served as the chief operating officer at the Annenberg Foundation for eight years. Under her leadership, she launched LA n Sync, a cross-collaborative initiative that brought more than $300M in new federal, state and philanthropic investment to the Los Angeles region. As COO, Obagi also established, designed and led Annenberg Alchemy, which continues to be one of the nation’s largest nonprofit capacity-building programs, and has trained more than 2,000 nonprofit CEOs and board chairpersons. As founder and chief strategist of the Generative Group, she worked closely with multiple high-wealth families to design, build and scale their philanthropy with a focus on impact and family engagement.

About the Winston Family Foundation

The Winston Family Foundation was first established in 1986 by the late James H. Winston, a lifelong businessman and philanthropist in Jacksonville, Fla. Winston is credited with coining the term First Coast, to identify Jacksonville and its surrounding metropolitan area. Under the leadership of the founder, the Foundation focused its efforts on a variety of civic, arts and culture, and youth development initiatives in the region. The organization was fully funded in 2018, and under its new leadership, the Winston Family Foundation now seeks to address issues of national importance related to health and well-being; scientific research with a focus on child and adolescent brain development; the environment; and community and economic development.