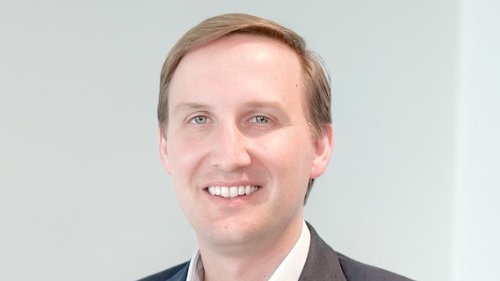 Lincoln Property Company Southeast (Lincoln) today announces an expansion of its retail platform in Atlanta with the promotion of one of its own. The firm has tapped Walt Davis, formerly vice president of retail leasing at Lincoln’s Dallas office, to provide leadership of its retail leasing, acquisition and development practice in Atlanta. Serving as senior vice president, Davis will focus on creating new opportunities for growth through retail acquisitions, development and agency leasing.

“As steady population growth fuels demand, Atlanta’s retail sector is expanding as we emerge from the pandemic and we see strategic opportunities for growth.” said Tony Bartlett, executive vice president of Lincoln’s Atlanta office. “Walt’s depth of knowledge and track record of success in the Sunbelt markets sets him up for success in Atlanta, and we look forward to growing this team.”

Davis brings more than 13 years of retail experience to his new role in Lincoln’s Atlanta office. As senior vice president, Davis is relocating to Atlanta from Lincoln’s Dallas office, where he served as vice president of retail leasing for nearly six years, transacting on over 2.5 million square feet of deals since the start of his career.

“The Atlanta retail market is dynamic, competitive and continuing to thrive. This is the ideal time to continue Lincoln’s growth in the retail sector, as fundamentals remain strong and retailers compete for space in well located centers,” said Davis. “I look forward to expanding Lincoln’s existing retail platform and leveraging the success of the Atlanta team.”

According to Q2 2022 Atlanta market retail statistics, overall vacancy has dropped an entire percentage point within the last 12 months, sitting at 5.5%. With high demand and a healthy market, rents increased by 7% in the last year and the 12-month transaction volume doubled since the middle of 2021. With a growing population in and around the city, Atlanta’s consumer base is providing a firm foundation for retail expansion.

Dallas-based Lincoln Property Company is one of the nation’s largest diversified commercial real estate companies, with over 8,550 employees and an international footprint that includes offices in 450 cities across the United States and two offices in Europe. Since its inception in 1965, Lincoln has developed over 239 million square feet of office, industrial, and retail projects as well as 216,000 apartment units. Stemming from its development and ownership background, Lincoln’s operating platform seamlessly integrates its various service lines, provides for consistent and measurable performance and utilizes cutting-edge technology over its 400+ million square feet of leased and managed assets. For more information on the Southeast Region of Lincoln Property Company, please visit lpcsoutheast.com