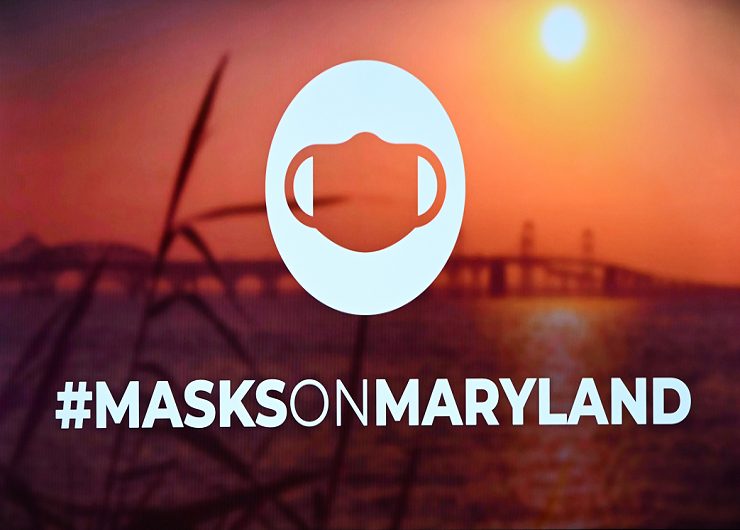 HOGAN EXPANDS MASK ORDER, TRAVEL ADVISORY: Gov. Larry Hogan said on Wednesday that the order he gave in April requiring Marylanders to wear masks or face coverings when visiting retail establishments or riding public transportation will be expanded to include the public spaces of all businesses as well as outdoor public areas effective 5 p.m. Friday, writes Bryan Renbaum of MarylandReporter.

MASK WEARING: WHAT YOU NEED TO KNOW: Hallie Miller and McKenna Oxenden of the Sun explain what you need to know about wearing masks in the state of Maryland, including where, what times and how to.

SUPT. SALMON UNDER FIRE: State School Superintendent Karen Salmon is under fire from education advocates who say she has failed to provide strong leadership during a health crisis that is fundamentally redefining how public schools work, reports Liz Bowie for the Sun. These critics say that at a time when local school leaders have been dealing with a spate of issues stemming from the coronavirus pandemic, the state should have laid out detailed requirements for them to meet, allowing some local flexibility but not leaving every decision to individual districts.

OPINION: ELECTION DAY DEBACLE: Political prognosticator Barry Rascovar opines in his political Maryland blog that all signs point to a stunning debacle on Election Day under Gov. Larry Hogan’s mandate. One move in politics can doom a promising career. Hogan may have reached that point — unless he alters his demand for traditional, in-person voting on Nov. 3.

PG SCHOOL BOARD TO VOTE ON REOPENING PLAN: The Prince George’s County school board plans to vote today on a reopening virtual learning plan that includes live sessions with teachers, independent work and at least two breaks during the day, William Ford reports for the Washington Informer. Students will receive at least six hours of instruction and the school system’s transportation department plans to deliver meals in neighborhoods where students live more than 1½ miles from a school.

CARROLL ED BOARD OKs VIRTUAL RESTART: The Carroll County Board of Education voted unanimously Wednesday night, after more than 5½ hours of deliberation, to begin the 2020-21 school year virtually. The school system plans to reevaluate whether to move to another model by the Oct. 14 board meeting, Catalina Righter of the Carroll County Times reports.

FREDERICK SCHOOLS TO REOPEN VIRTUALLY: Frederick County Public Schools will reopen under a full virtual mode for the 2020-2021 school year, Katryna Perera of the Frederick News-Post. The Board of Education voted unanimously Wednesday for the first semester of the school year to be conducted virtually with the caveat that specific, targeted groups of students would be brought in occasionally for face-to-face instruction. The board also voted to suspend fall sports in hopes that fall teams could have a shortened season.

HOGAN WON’T SAY NO TO VOTING FOR TRUMP: Gov. Larry Hogan, a frequent critic of President Trump, said Monday that while he was unsure whether he would vote for the president in November, he would not rule it out, writes Zach Budryk for the Hill.

OPINION: HOGAN CALLED THE PROBLEM: In a column for the Post, Jennifer Rubin criticizes Gov. Larry Hogan for not committing to not voting for President Donald Trump, calling a choice between Trump and Democrat Joe Biden equally bad and for saying that despite 150,000 coronavirus deaths, Trump still has a chance to “turn things around.”

HOGAN HERE, THERE, EVERYWHERE: Gov. Larry Hogan is ubiquitous these days as he promotes his new book.

MO CO SEEKS HARSHER ACTION AGAINST KLEINE: Montgomery County lawmakers are calling for greater disciplinary action against Chief Administrative Officer Andrew Kleine, who earlier this month admitted to violating an ethics law by using public dollars to promote a book he wrote and maintaining business relationships with two companies that landed county contracts shortly after he took his job, Rebecca Tan reports in the Post.