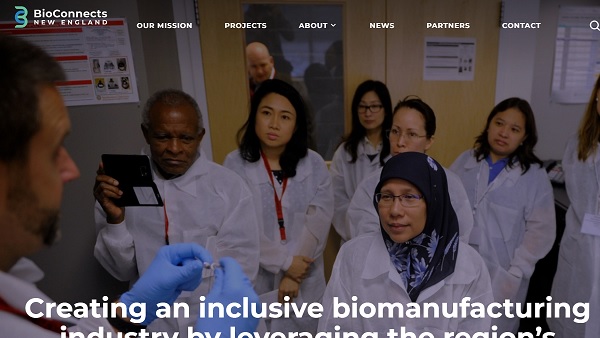 “We are grateful for the support the President and the White House are giving to critical areas of biotech and biomanufacturing,” said Jared Auclair, Associate Dean at Northeastern University, director of their Biopharmaceutical Analysis Training Lab, and co-lead of BioConnects New England. “Not only will this industry accelerate the pace at which a critical drug can go to market by moving production stateside, but we’ll also be increasing job opportunities, training, and education for folks and communities who have traditionally left out of the biotech industry.”

In a press statement, the White House highlighted the weaknesses in the drug supply chain and lifesaving therapies exposed during the COVID-19 pandemic as a catalyst for this new initiative.

BioConnects New England identified this pain point at its founding in 2021. The initiative will create a robust biomanufacturing industry in the Northeast to address the bottlenecks experienced in drug production. It will also boost the region’s economy by increasing access to well-paying jobs and engaging marginalized communities.

BioConnects New England is a multi-state coalition and Phase 1 finalist of the Build Back Better Regional Challenge—a $1 billion program sponsored by the Economic Development Administration. Through this initiative, BioConnects New England will create a biomanufacturing cluster in the Massachusetts, Maine, and Rhode Island region by engaging communities historically excluded from the biotechnology industry, one of the fastest-growing sectors in New England with national importance. This coalition will connect hubs throughout New England to support existing—and establish new—biomanufacturing infrastructure as a pathway to increase employment and educational opportunities for underserved regions and populations.