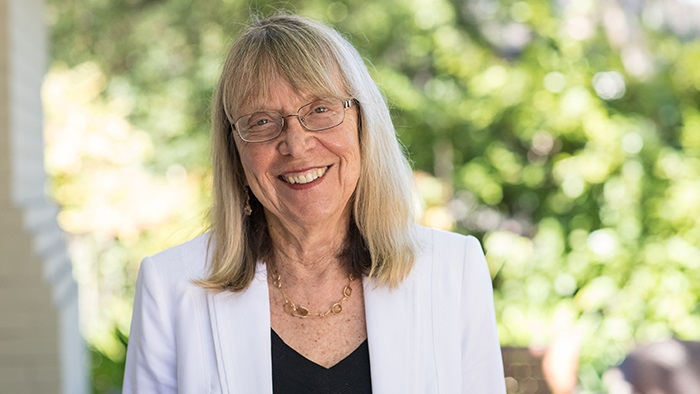 New Enterprise Associates has led a $7 million seed round for Tract, an educational startup cofounded by 81-year-old Esther Wojcicki, often called America’s “most famous mom.” The round added to $2 million raised in 2020.

Wojcicki is a leading educator and journalist, and the mother of three successful girls — YouTube CEO Susan Wojcicki, 23&Me founder Anne Wojcicki and Fulbright scholar Janet Wojcicki, a renowned anthropologist and epidemiologist. She has also been a mentor and teacher to actor James Franco and Apple cofounder Steve Jobs’ wife, Lisa Brennan-Jobs.

“Today’s kids are digitally native at a younger age than any previous generation…but still lack safe and engaging digital spaces that fit their needs,” said Ann Bordetsky, a former Uber and Twitter executive who oversaw NEA’s investment as a partner. “Tract is pioneering a platform for school-age kids to be social learners, builders and creators, inside and outside the classroom.”

Founded in 2020 by the senior Wojcicki and former Uber executive Ari Memar, Tract runs a unique online community in which kids teach kids via multimedia, apparently because others don’t have time to educate their children. “Teachers are overworked and understaffed. Parents are busy,” said Wojcicki. Consequently, “kids are not getting prepared for future jobs. My goal with Tract is to help make it easy for anyone, anywhere to prepare their kids for success.”

Other investors in the seed round included Anne and Susan Wojcicki, Marc Pincus of Zynga, Dan Rosensweig of Chegg, and venture capitalist Bill Tai, who cofounded a professional networking nonprofit called MaiTai Global that merges work, play and philanthropy.

Tract rests on a belief that kids just want to create, share and learn. In its first year, it signed up 30,000 members who posted over 5,000 lessons leading to over 100,000 projects. “The #1 thing kids want to be is a YouTube or TikTok creator,” said cofounder Ari Memar, adding that they search for fame. In its second year, Tract’s programs are free for students who also act as educators. The educational startup has members in nearly all 50 U.S. states and in over 20 countries. Using technology such as those from Google and Clever, it says teachers and educators can set up a classroom in under five minutes.

Born in New York City to Russian Jewish parents, Esther Wojcicki moved to California early in life. She studied liberal arts at the University of California, Berkeley, Paris-Sorbonne University and San Jose State University. A journalist who worked for multiple publications and wrote blogs for Huffington Post, she also was an educator, notably helping Google set up its Teacher Academy, and establishing the Palo Alto High School Media Arts Program in Palo Alto, Calif.  She was named California Teacher of the Year in 2002 by the California Commission on Teacher Credentialing.

Wojcicki wrote two books — Moonshots in Education (2014) and How to Raise Successful People (2019), which was a bestseller. When asked her secret to raising successful people, Wojcicki often threw up the acronym TRICK — Trust, Respect, Independence, Collaboration and Kindness.

Ann Bordetsky was arguably best known for her stints at Twitter, where she headed commerce and product business, and at Uber, where she drove business development and strategic initiatives. She joined NEA as a partner in 2021 and focuses on startups envisioning the future of work, commerce and platforms. Prior to NEA, Bordetsky was chief operating officer of Rival, a platform for live event commerce that was acquired by Live Nation/Ticketmaster in 2020.

Even though Bordetsky entered venture investing just over a year ago, she is no stranger to the industry.  She has been an angel investor and served as an adviser to January Ventures. Before joining tech and finance, Bordetsky held brief government engagement and federal policy roles at a leading environmental think tank. She holds an M.B.A. from Stanford University and a bachelor’s degree in environmental science, policy and management from the University of California, Berkeley.

NEA has raised over $5 billion this year via two funds, adding to a dozen others in previous years, according to Axios. One focusing on early-stage ventures, called New Enterprise Associates 18, raised $2.8 billion from SD Ventures and Cathay Life Insurance in May. The second for growth-stage companies has raised at least $2.3 billion of the targeted $3.7 billion.

The venture firm has not confirmed the Axios report on two funds this year. In a release on March 11, it only said that “it has closed on $3.6 billion for its latest fund, bringing the firm’s committed capital to nearly $24 billion over its 42-year history.”

So far, NEA has made 260 exits via initial public offerings and 430 via mergers and acquisitions.