When ICSC last sponsored its Mid-Atlantic Deal Making Session at the Gaylord National Resort and Convention Center in March 2020–nearly 930 days ago–the retail trade organization was still known as the International Council of Shopping Centers, participants were greeting each other with elbow taps rather than handshakes due to the presence of a yet-unnamed virus, and more than 5,000 stores had not yet closed (that happened in 2021). Attendees in 2020 were generally optimistic as they heard luncheon speaker Howard Saunders explain that “the American consumer has everything – just look at your closet to see the hordes of shoes and clothing that are scattered everywhere. We have been transformed into a gluttonous society.”

Thirty months and one pandemic later, the general feeling among the several hundred people in the lunchtime crowd on the opening day of the 2022 show was one of guarded optimism with a strong dose of uncertainty, as both Tom McGee, CEO of the now-named Innovating Commerce Serving Communities and digital anthropologist and futurist Brian Solis reiterated to the audience. An underlying feeling of normalcy was also present, as participants enjoyed a plated lunch, networked freely and enthusiastically hugged people they had not seen in years, with nary a mask in sight. 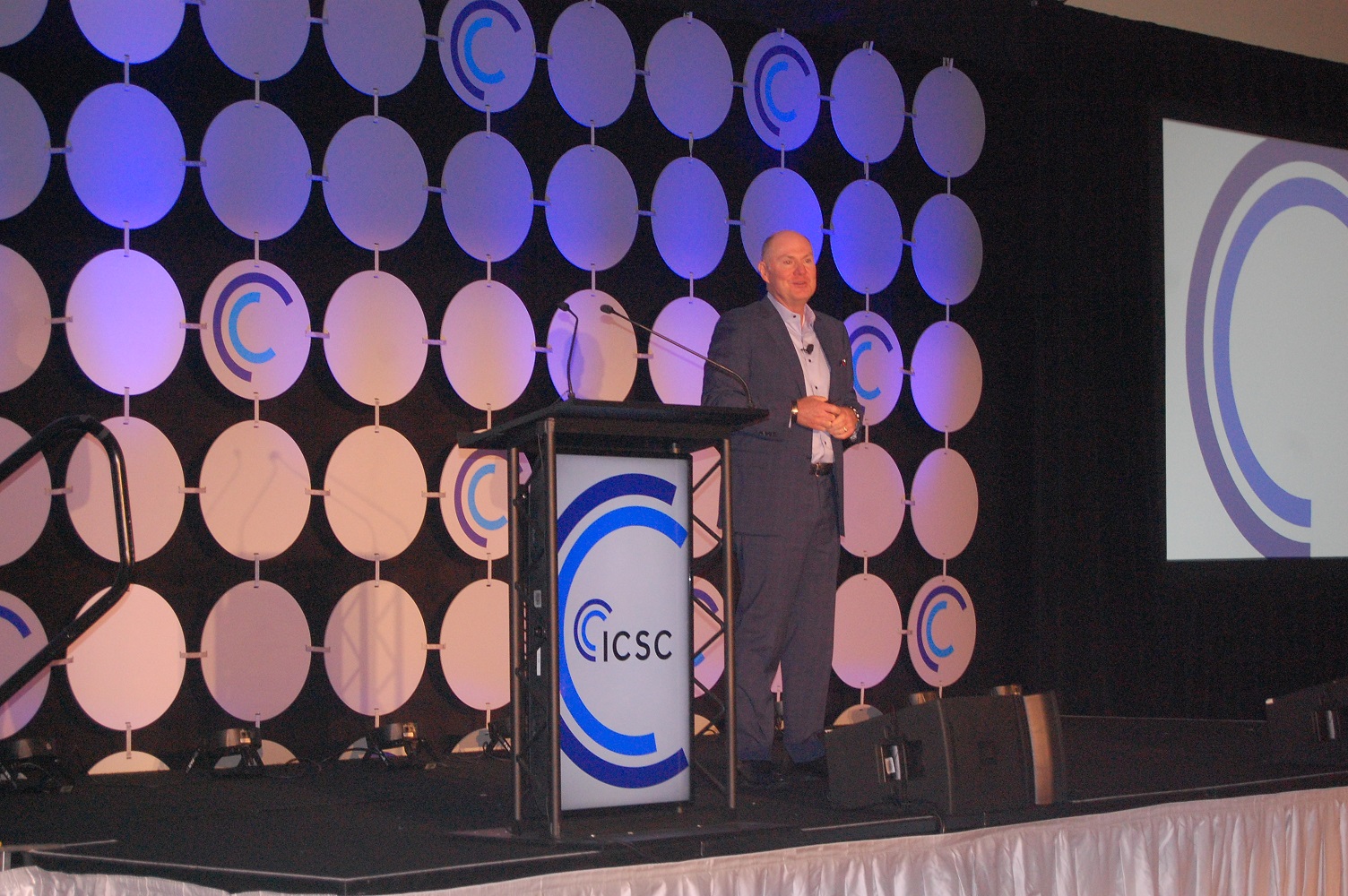 “During times of uncertainty, businesspeople tend to hunker down, protect what they have and become risk-averse, because that reaction is embedded in their DNA and that’s OK,” Solis explained. “Everyone is yearning for normalcy in their professional and personal lives, but in actuality, things have changed too much over the past two years and that is an unrealistic expectation. People are generally feeling anxious, nervous and scared and, and times like these are a breeding ground for innovation as we have seen time and time again. And this is currently happening in the retail industry. Above all else, it is important to remain optimistic and hope times are better in the near future.”

Solis suggested that consumers have had much time for reflection over the past several years and that now more than ever, the allure of experiences is what drives them to retail venues and shopping centers. He said a visit to Bass Pro Shops is the “Disneyland for outdoorsmen.” In response, he said, it is incumbent on tenants and centers to reimagine traditional spaces, as well as the transactions themselves. When re-imaging spaces, Solis encourages designers to remake in a way that “evokes an experience you want people to feel, remember and share.”

Experience is the anchor and space is the media, Solis said. Retail space is a place where brands and services can make a personal connection with people. Digital technology plays an integral role in executing this idea, Solis said, and brands such as Uber have contributed to the impatience of society. People want everything now, if not before. Retailers know that most people are never more than six feet from a communication device, so retailers such as Panera Bread and Best Buy have introduced apps that take advantage of this behavior change. For example, when consumers enter a Panera Bread, there are separate lines for people who are there to pickup their on-line order, and for those who haven’t yet ordered.

Solis said that consumers are changing their brands quickly and effortlessly and retailers need to adapt accordingly. He related that 90% of consumers are shopping differently in search of new brands and that 88%–up from 80% two years ago–say the store experience is just as important as the product or service itself.

Then there is the influence of Tik-Tok, Instagram and YouTube. Consumers have always done research before making a purchase, but thanks to the availability of product reviews and testimonials, this process has reached an entirely new level. Forget using Google for this, Solis said, and go directly to social media sites that offer video, entertainment and value.

Solis says that in periods of uncertainty, leaders have to be ready to show the way. These leaders face an opportunity and a need to adapt to a post-industrial world, towards create meaning in uncertainty, to add value in the lives of others and to embrace new ideas and possibilities.

Tom McGee suggested that “due to basic metrics and fundamentals, things are going very well in the retail industry,” while admitting that “uncertain times lay ahead” due to economic and geo-political issues. Taking inflation into consideration, retail sales grew by 8.9% through July of this year, including 20% for all food and beverage sales. Occupancy among open-air shopping centers stands at 92.2% percent, with malls struggling a bit at 84.5% occupancy.

“Personal savings rose dramatically during the pandemic due to the influx of stimulus money and the fact that consumers had few options to spend money,” McGee stated. “We are tracking several macro-economic trends to gauge their impact on the retail industry. The federal government injected more than $6 trillion into the economy during the pandemic,and that money has to go somewhere. There is still a tremendous amount of capital out there.

“Paraphrasing Charles Dickens, we are in the best of times and the most uncertain of times,” McGee said. “But with strong industry fundamentals, everyone is remaining optimistic about the future.”