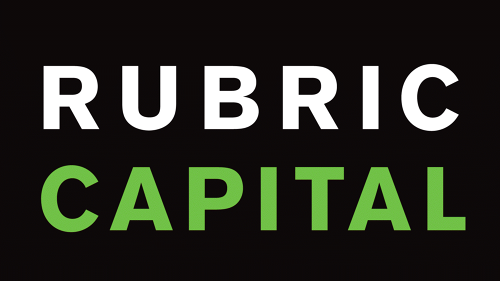 NEW YORK–(BUSINESS WIRE)–Rubric Capital Management LP, an investment advisor whose funds and accounts collectively own approximately 14% of the outstanding equity of Mereo BioPharma Group plc (NASDAQ: MREO), today issued an open letter to Mereo’s shareholders. In its letter, Rubric highlighted Mereo’s poor corporate governance and performance, and addressed the Company’s many misleading public statements regarding Rubric’s attempts to constructively engage with the Board and maximize shareholder value.

Additionally, Rubric submitted to the Board a revised requisition for a general meeting of shareholders. Rubric urges the Company to allow shareholders to vote on Rubric’s proposals, including its nomination of four highly-qualified candidates to Mereo’s Board: Annalisa Jenkins, MBBS, FRCP, Daniel Shames, MD, Marc Yoskowitz, and Justin Roberts.

The full text of the letter follows:

In the two weeks since Rubric filed a requisition for a general meeting, the Board of Mereo has sent two public letters, both of which demonstrate a callous disregard for the rights and interests of all of Mereo’s shareholders.

We are not interested in being dragged into a tit-for-tat rebuttal of their statements. Rather, we will shed light on recent events so shareholders can evaluate for themselves if these are the actions of a Board they wish to continue to represent them.

OBSTRUCTING THE EXERCISE OF SHAREHOLDER RIGHTS

Rather than responding constructively to our requisition of a shareholders’ meeting, the Board has pointlessly sought to delay calling a meeting on the basis of technicalities. In an August 22, 2022 letter to Rubric, the Company cited unspecified “deficiencies” in our original requisition materials, which they expanded upon in a call with our counsel. We believe shareholders have the right to know specifically what those “deficiencies” were and what this implies about corporate governance at Mereo. We also believe shareholders should be appalled at the wasteful spending of their money on expensive advisors to prevent their voices from being heard.

Mereo publicly lists tradeable securities in the form of American Depositary Shares (ADSs) that are registered with Nasdaq. Each ADS represents five Ordinary Shares with a nominal value of £0.003 per share, but the Ordinary Shares are not listed.1 When furnishing the requisition, had the Board elected to operate in good faith towards Rubric, which represents members holding approximately 14% of the outstanding ADSs2, they could have called the general meeting acknowledging the fact that a >5% shareholder was exercising its lawful rights. Instead, the Board chose to impose a requirement, which presumably extends to all ADS holders: if you wish to utilize the rights afforded to you by law, you must pay $0.05 per share to convert the ADSs into Ordinary Shares. Given the ADSs were at $0.48 per share the day before Rubric filed its original 13D, this would equate to a greater than 10% poll tax on all ADS holders who wished to exercise a similar right.

This is patently false. Our requisition comes from at least two members.

Deficiency 3: The requisition is in the short-form format and needs to be in the long-form

Everyone loves long-form regulatory filings (especially lawyers and the Boards that pay them using shareholder capital), so we have conformed to that requirement.

Deficiency 4: Our letter within the requisition exceeds the 1,000 word count limit (by 86 words)

Operating in good faith, a Board ought to overlook 86 additional words in our letter, which were intended to better inform shareholders as to why Rubric is calling this general meeting. Apparently, Mereo’s Board believes less information communicated to shareholders is a positive, so we have unfortunately conformed to this as well in our subsequent requisition.

In Rubric’s view, these so-called deficiencies are but a feeble attempt by the Board of Mereo to delay the exercise of shareholder rights of its largest shareholder, by making us jump through needless procedural hoops. The Company’s insistence on the ADS conversion is little more than a thinly veiled poll tax.

Taxation for representation is not good corporate governance. Instead of hundreds of thousands of dollars going to the Company or to Rubric’s investors, that money has been wasted by this Board on a fee to Citibank for the conversion.

These are the actions of an entrenched Board willing to go to any lengths to preserve their sinecure at the expense of shareholders.

MEREO’S BOARD HAS NO CREDIBLE PLAN TO CREATE VALUE

The Board’s August 31st letter amounts to nothing more than a reaffirmation of the failed plan that has been in place for years. Mereo’s plan can be distilled into the following: do nothing; wait and hope for the best. Rubric favors the active evaluation of alternatives to maximize shareholder value. Mereo’s Board eschews this strategy, despite the fact that before our public engagement, the market valued the Company at less than half of its net cash, thereby ascribing a negative NPV to all of the Company’s programs. The Board continues to advocate the same plan that the market weighed as being value destructive not 4 months ago! This point is reinforced by the fact that Mereo shares have underperformed the XBI by ~15% since the August 31st letter was sent.

The Board and Management are just now “taking steps” to facilitate the purchase of shares. For years, they made no such purchases; this is an insulting attempt to address the fact that this Board has done little more than extract treasure from this company for years, while public shareholders suffered materially. Where were these purchases when the Company completed secondary offerings in 2017, 2020, and 2021?

Below, we highlight a few of the most galling pieces of disinformation in the August 31st letter. We invite investors to decide for themselves if this Board is really looking after their best interests.

Obfuscation 1: Mereo has attempted to constructively engage with Rubric

Truth: Since filing our 13D on May 26th, the Company reached out to engage with Rubric only once, less than 24 hours before the release of the August 31st letter. We did not have the opportunity to speak directly with the Chairman and CEO until after the August 31st letter had been released, although we are aware that the Company had discussed the letter and its contents with other investors prior to its release.

Obfuscation 2: Mereo’s share price performance is in line with peers

Truth: The Mereo Board has presided over a massive destruction of shareholder value. Rather than acknowledging that undeniable fact and embracing the need for material changes in strategy and governance, the Board speciously argues that it has performed in-line with “peers.” This misleading self-selected “peer group” only includes a single company, Compugen, whose programs are mentioned as competitive with Mereo’s programs in its 20-F filed this year. Further, Mereo’s Board is taking credit for the 176% increase in share price between the filing of our 13D in May and August 26. If you adjust their analysis to May 26th, the date of our 13D filing, Mereo’s shares have underperformed even this self-serving peer group in every time period:

If you run this analysis, including the small capitalization competitors mentioned in Mereo’s 20-F, the picture portrayed is consistent: Mereo has underperformed in every period, outperforming only following Rubric’s engagement in May.

Obfuscation 3: Rubric’s plan is for Rubric’s benefit at the expense of Mereo’s other shareholders

Truth: Rubric is fully aligned with other shareholders and has increased its investment in the Company even as other long-term holders exited their positions. Thanks to the poll tax imposed by Mereo in connection with our ADS/Ordinary Share conversion, Rubric will be worse off than other shareholders. Moreover, Rubric’s shareholder nominee to the Board, Mr. Roberts, will disclaim his board compensation as we have done in prior instances.

Obfuscation 4: Mereo’s concerns about the experience of our candidates

Truth: Our director nominees have extensive experience encompassing regulatory, strategic, and executive functions. We believe their biographies speak for themselves with regard to their qualifications and how those skills neatly fit into the plan Rubric has for the Company.

Our nominees have experience that is directly relevant to the key upcoming events that need to be evaluated by the Board of Mereo and will direct more energy to that evaluation than the Board members we are seeking to replace. Frankly, a Board with the track record of Mereo’s current Board is in no place to question our nominees’ qualifications.

With regard to Dr. Jenkins, while we should not need to defend her and her illustrious career, the wording of the August 31st letter requires us to. Vis-à-vis her experience on the Sensyne board, the August 31st letter implies she resigned as a result of a compensation violation disclosure at the company. The truth, should the Mereo Board care about that, was that Dr. Jenkins was asked to step into the Acting Chair role following a period of ill health afflicting the then-current Chairman, in order to undertake a review of the governance, strategy, culture and leadership of Sensyne, a task she completed effectively. Her resignation was unrelated to the disclosure violation, and she was not personally found at fault in that matter.

Dr. Jenkins has subsequently been appointed to a number of respected British institutions, including the Board of Genomics England, and as Medical Trustee to the British Heard Foundation and The King’s Fund.

Truth: We quote directly from the August 31st letter to drive this point home:

“What we believe shareholders would find most erroneous, however, is that your proposal is essentially attempting to deliberately remove the most experienced Board members to disguise a change of control of Mereo and a wholesale transition of the Company’s Board to a majority-U.S. Board, which would have significant cost and regulatory implications for the Company resulting from the loss of its Foreign Private Issuer status.” (highlighting ours)

This, in the words of the Mereo Board, is the “most erroneous” aspect of our proposal and a “wholesale transition” of the Board.

In any case, Mereo has long operated under the threat of losing Foreign Private Issuer status due to having a majority of shareholders in the United States. The August 31st letter is exaggerating the cost and regulatory implications of losing this status as a way of scaring shareholders into keeping the status quo.

We are today submitting a revised requisition to Mereo. The Mereo Board must quit stalling and call a general meeting as soon as possible to let shareholders vote on our proposals. We are putting forth these qualified nominees with the conviction that they will help drive better outcomes for all shareholders and put an end to the culture of entitlement at Mereo. The tactics and tone of Mereo thus far in this process have been paternalistic to shareholders and wasteful with the capital you have entrusted to the Board’s stewardship.