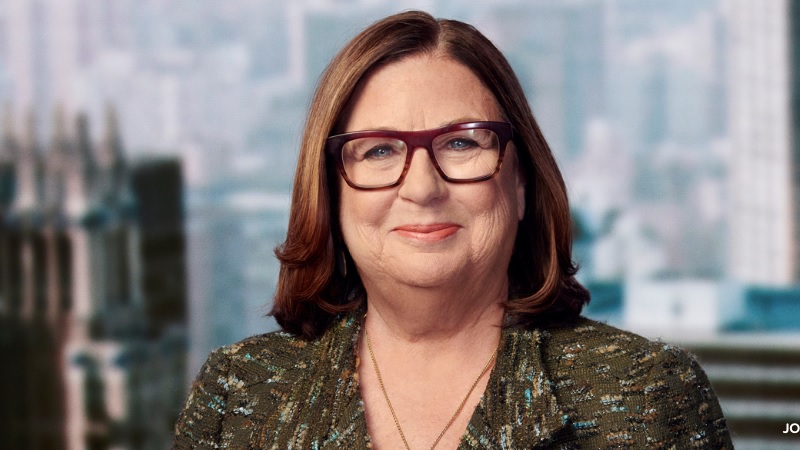 As Chairman, Ross will continue to provide her expertise and experience in a strategic advisory role to ensure a smooth transition.

“Jo Ann is a true trailblazer in our industry and a dominant force behind the success of CBS, ViacomCBS, and now Paramount Global,” said Bakish. “As the world of entertainment has evolved, Jo Ann has been on the forefront of advertising innovations that have been instrumental to establishing Paramount as a trusted partner and must-buy for advertisers everywhere. Her talent and passion for this business is only matched by her exceptional ability to lead through change, building talented teams and enduring client relationships throughout her illustrious career. She has made an indelible mark on Paramount during her record tenure, and we are grateful for her continued contributions.”

Bakish continued: “John is a proven leader and visionary who has driven innovations in Paramount’s advertising business that have set the pace for the entire industry for years. His deep understanding of both the linear and digital businesses, and the underlying forces driving their change, has guided key advancements in our advertising products and empowered us to deliver better outcomes for our clients. Given the rapid pace of evolution in advertising, John is ideally suited to lead Paramount’s sales organization forward.”

Ross joined CBS in 1992 as Vice President of Olympic Sales and rose to become the first woman to serve as sales chief of a broadcast network and the longest tenured sales head in broadcast television. She shepherded transformative advertising practices for the industry that instituted the company’s first-mover advantage and sustained market-leading position, from creating new ways to sell network programing and genre-defining franchises to successfully adapting to the advent of digital video and streaming platforms. Along the way, her sharp wit, ingenuity and steadfast commitment to her team and clients became a hallmark of her superlative leadership — including leveraging the company’s expansive portfolio and massive footprint to advance diversity and inclusion.

As a result, Ross has been recognized with innumerable industry awards and accolades throughout her groundbreaking and storied career. In November, she will accept the prestigious Center for Communication’s Frank Stanton Award, honoring individuals who not only achieve great success in the business, but who also serve as tireless advocates for a more equitable industry. She serves on the board of directors of the John A. Reisenbach Foundation, the Ad Council, the VAB, the International Radio and Television Society, and FourBlock. She also supports Memorial Sloan Kettering’s Cycle for Survival to accelerate progress in rare cancer research.

Halley joined Viacom in 2007 and has led commercial and business operations in various roles for Viacom, ViacomCBS and now Paramount’s advertising efforts over the last 15 years. He has worked closely with Ross to unify the sales team post-merger and drive a go-to-market strategy that has been integral to the company’s extraordinary digital advertising growth. Halley’s continual focus on innovation and ad effectiveness over the years has led to multiple product introductions, including the development of Vantage, the industry’s leading audience targeting platform; the launch of EyeQ, Paramount’s scaled, multi-billion dollar connected TV ad product; and the creation of OpenAP, the advanced activation platform for the convergent video marketplace that enables scale and transactional simplicity for new currencies. Halley currently serves as Chairman of OpenAP and is a board member of Blockgraph, the IAB, and the VAB. He is also Chairman of the New York Chapter of the March of Dimes and a board member of Literacy Inc.