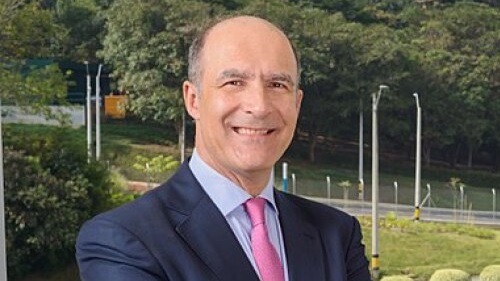 “I am delighted to welcome Bernardo to our growing DigitalBridge team as we continue strengthening our presence in Latin America,” said Marc Ganzi, Chief Executive Officer of DigitalBridge. “In addition to his impressive track record of innovation and execution, Bernardo has consistently demonstrated his commitment to excellence in corporate governance and sustainability. We have a robust pipeline of opportunities in this important and rapidly growing region, and Bernardo will strengthen our team’s execution capabilities and ensure we continue creating value while improving the communities in which we operate.”

“DigitalBridge is the preeminent global digital infrastructure investment firm, and I am excited to join at such a pivotal time in the Company’s growth trajectory,” said Mr. Vargas. “I look forward to working with DigitalBridge’s talented team as we continue expanding in Latin America and providing value-add expertise and capabilities to our portfolio companies.”

Mr. Vargas has more than three decades of experience in investment banking, real estate and regional infrastructure investing, along with deep expertise in Latin America. He most recently served as Chief Executive Officer of ISA, a leading multi-Latin company based in Medellin, Colombia, from 2015 to 2022. Prior to ISA, Mr. Vargas spent 14 years as founding partner of Nogal Asesorias Financieras, an investment banking advisory boutique in Colombia specializing in local and cross-border M&A across a variety of industries. During his Nogal years he was Board member of Amarilo, Colombia’s leading real estate developer, Grupo Pantaleon, Pronaca Colombia among others. Earlier in his career, Mr. Vargas served as President and CEO of the merged operations of Barings and ING Colombia; as founding CEO of Proexport Colombia (today Procolombia); as Founding CEO of Fiducoldex; and an advisor to the Minister of Foreign Trade, Juan Manuel Santos, who subsequently became President of Colombia. Mr. Vargas was chosen by Portafolio Newspaper as the top Business Leader in Colombia in 2017 and was named among the top CEOs in LATAM by Institutional Investor.

Mr. Vargas holds an MBA from Columbia University and a BA and MS in Economics from Universidad de Los Andes, in Bogotá, Colombia.

DigitalBridge (NYSE: DBRG) is a leading global digital infrastructure firm. With a heritage of over 25 years investing in and operating businesses across the digital ecosystem including cell towers, data centers, fiber, small cells, and edge infrastructure, the DigitalBridge team manages a $48 billion portfolio of digital infrastructure assets on behalf of its limited partners and shareholders. Headquartered in Boca Raton, DigitalBridge has key offices in New York, Los Angeles, London, and Singapore. For more information, visit: www.digitalbridge.com.