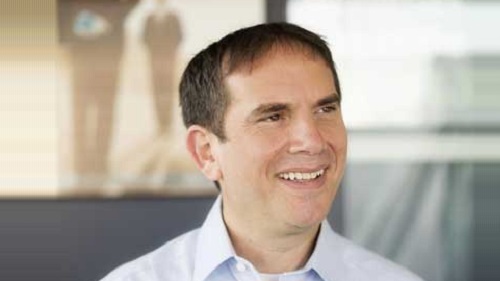 Susquehanna Growth Equity has joined a $70 million Series D round for Cymulate, a New York-based SaaS cybersecurity company with roots in Israel. One Peak led the round with participation from Vertex Ventures Israel, Vertex Growth and Dell Technologies Capital.

So far, Cymulate has raised $141 million in venture funding. Its previous Series C round, worth $45 million, came in 2021. Susquehanna Growth first invested in Cymulate in its seed round worth $3.5 million in 2017.

“In a market where every business must be prepared to fight advanced threats, I am proud of our team’s ability to innovate and respond quickly to the constant turbulence of cybersecurity,” said cofounder and CEO Eyal Wachsman.

Susquehanna Growth Equity was started in 2006, with capital from Susquehanna International Group (SIG), one of the world’s largest privately-held financial services firms. So far, it has made 29 exits, notably Credit Karma, iCIMS and Outbrain. Its current portfolio consists of over 40 companies, including its most recent investment, Muck Rack.

At Susquehanna Growth, Klahr focuses on investments in software, security, ecommerce and payments. He serves on the boards of CallApp, Outbrain and Netformx. Previously, he spent eight years at BRM Capital, where he led investments in software and internet companies. Klahr holds an M.B.A. from Hebrew University and a B.A. in War Studies from Kings College, London.

Wolfson joined Susquehanna in 2017 and brings over a decade of entrepreneurial and executive experience. She previously cofounded Fundbird, a platform that helps small and medium enterprises in the United Kingdom access finance, and Finimpact, which ran a global affiliate network for FinTech companies. Wolfson’s executive experience includes stints at Dragonplay, Neogames, Delver and Kasamba. She received an E.M.B.A. from the Kellogg School of Management and a B.A. in Art History and Business Management from NYU.

Cymulate was cofounded by Eyal Wachsman and Avihai Ben-Yossef. The two worked together at Avnet, an Israeli technology firm that has handled defense projects for the Israeli government. The six-year-old startup provides SaaS-based cyberattack simulations and so-called extended security posture management (XSPM) — an automated way to test the security of an organization’s cloud and on-premise networks, and continuously validate threat exposure and cyber posture. Cymulate claims that XSPM deployment nearly halves an organization’s cyber risk in the first three months, with continuing improvements over the course of a year.

Cymulate plans to use the Series D funding to further advance its technological capabilities and accelerate global growth, notably expanding its staff by 75% to expand its go-to-market efforts. In 2021, its annual recurring revenues more than doubled globally, and by over 200% in North America. Cymulate has more than 500 customers globally, including Fortune 500 companies and strategic partners such as Optiv and Wipro.