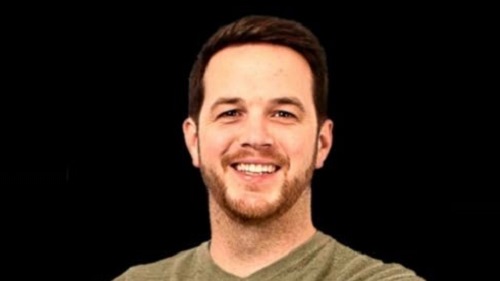 Niftify has announced an ongoing seed funding round from sale of preferred shares, as the NFT marketplace bids to transform itself into a tech platform that will provide tools to help others build stores for nonfungible tokens.

The Hellertown, Pa., startup’s funding round was co-led by Switzerland’s Moonchain Capital and Dubai-based Audacia Capital, and includes a campaign on crowdsourcing platform Wefunder. So far, Niftify has raised $7.86 million since its founding in 2021, and is currently valued at $40 million.

“Launching our Platform-as-a-Service makes the infinite possibilities of NFTs and Web3 accessible to everyone,” said Niftify CEO Bruno Ver, a serial entrepreneur who claims two exits before he turned 25.

“Niftify strives to be a complete and compliant solution to stimulate mass adoption, primarily through ease of use,” he added, as the company unveiled technology that allows anybody to build NFT stores or marketplaces without any coding.

Niftify plans to market its PaaS on a subscription model, allowing other entrepreneurs to speedily set up NFT stores without needing to build all the infrastructure. The company’s PaaS will be a “customizable platform where users can effectively purchase, bid, create, sell and swap their unique digital assets,” Niftify said.

The company will also offer a range of support services, such as software licenses and cryptocurrency wallets. It now operates on Ethereum and Polygon, and plans to expand to other networks. For fiat currencies, Niftify supports credit cards, ApplePay, GPay and Samsung Pay.

For business expansion, Niftify has built over 25 partnerships. Some are for NFT ticketing, as, for example, with Slovenia’s acrobatic basketball team Dunking Devils. Some others are for creating NFTs to memorialize academic achievements, as with Repton Schools in Abu Dhabi. Both segments offer clear opportunities for expansion across sporting teams and schools.

Ver calls himself a “serial entrepreneur, consultant, advisor, investor (VC) with 2 exits under 25 and a demonstrated history of working in the digital world and tech scene.” His investing chops came via two early deals in his career. He put money in Snap, the parent company of the Snapchat social media platform. Ver also invested in another startup that was acquired by Google. Snap’s initial public offering and Google’s acquisition count as Ver’s two exits.

According to his LinkedIn profile, Ver works out of Brussels. He is also an angel investor at Block5, a blockchain capital investment and consulting firm, sustaining an entrepreneurial zeal.

Dubai-based Audacia Capital is an investment bank focused on the Middle East and North Africa (MENA) region. Started in 2015, it today has assets under management of about USD 400 million. Audacia is led by founder and CEO Emad Mansour, a 25-year veteran of the investment industry with rich banking experience in the Middle East.