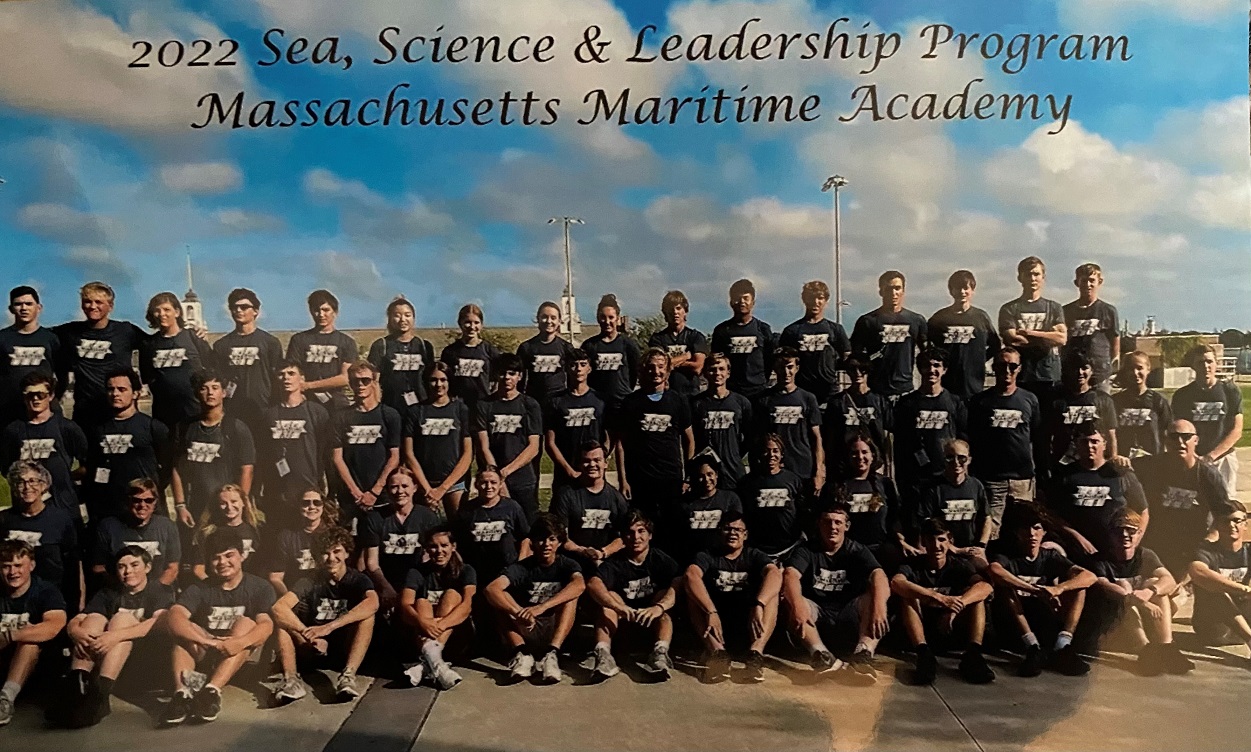 The mission of the 4-day Sea, Science and Leadership Program is to provide high school students with interactive, educational workshops that build confidence, challenge decision-making skills that develop and strengthen leadership qualities. SSLP immerses participants in the educational and regimental lifestyle of a cadet through hands-on workshops that include the use of ship-handling simulators, an emergency management control room, and engineering labs. Moreover, the program prepares participants for the college admissions process, builds lifelong friendships, and provides information about the career opportunities that Massachusetts Maritime Academy offers.

According to historical accounts, a large storage tank at a distilling company in Boston’s North End filled with 2.3 million gallons of molasses, weighing around 12,000 tons burst. A massive wave of molasses rushed through nearby streets at an estimated 35 miles per hour, killing 21 people and injuring 150 more.

First to the scene were 116 cadets from USS Nantucket, a training ship of the Massachusetts Nautical School (now Massachusetts Maritime Academy) that was docked nearby. The school was located in the Charleston Navy Yard and as such the ship was permanently docked at that location.

The cadets ran several blocks toward the accident and entered into the knee-deep flood of molasses to pull out the survivors, while others worked to keep curious onlookers from getting in the way of the rescuers.

After traveling back in time to learn the history of the flood, the SSLP students were ready to examine the disaster through the lens of Massachusetts Maritime Academy’s majors in 2022.

Under the direction of MMA’s Emergency Management instructor Samantha Coonan, students worked in the Academy’s Clean Harbor Emergency Operations Training Center, using state-of-the-art equipment to create a plan to respond to a molasses flood in 2022.

In the Academy’s Strength & Material’s Lab, students worked with Engineering Professor Pete Carrol where discussions were held on the design and strength of a tank as they tested the strain of various metals.

Professor Kevin Hefferan from the Academy’s Marine Safety, Science, and Environmental Protection Department led the group in investigating the viscosity of molasses at various temperatures, following which the students created their own molasses floods.

Following two days of hands-on workshops, the students enjoyed a presentation from Stephen Puleo, the author of “Dark Tide: The Great Boston Molasses Flood of 1919,” followed by a North End style Italian dinner.

“The students were excited to explore the molasses flood of 1919 through the lens of our seven academic majors in 2022,” said Nancy Franks, K-12 Outreach Coordinator at Massachusetts Maritime Academy.

“Meeting cadets and learning how they overcame challenges in their first year at the Academy, working as a team with people from different backgrounds, hands-on learning courses, and overall experiencing what it’s like to attend MMA were highlights of this great program,” said Laura DeMello, a participant in this year’s SSLP and a resident of Buzzards Bay. “I enjoyed my time at SSLP, and I appreciate how much effort the cadets and faculty made to make sure we had not only an educational experience, but a fun one.”

“It is so gratifying to see the number of high school students with an interest in becoming an MMA cadet and a career in the maritime related fields,” added Rear Admiral Francis X. McDonald, USMS, president of the Massachusetts Maritime Academy. “Our Sea, Science and Leadership Program has educated and inspired many young people over the years, and this year was no exception.”

About Massachusetts Maritime Academy (MMA): MMA is a fully accredited, four-year, co-educational state university offering Bachelor and Master of Science degrees that are highly regarded in the worldwide maritime industry and beyond. For more than 100 years, MMA has prepared women and men for exciting and rewarding careers on land and sea. As the nation’s finest co-ed maritime college, MMA challenges students to succeed by balancing a unique regimented lifestyle with a typical four-year college environment. Located on Cape Cod, at the mouth of the scenic Cape Cod Canal, Massachusetts Maritime Academy is the ideal college to pursue the love for the ocean, concern for the environment, interest in math and science, and a thirst for adventure. Follow MMA on FB:  @massmaritime, @MassMaritime.Advancement; IG: @massmaritime, @mmacademyalumni; Twitter: @MMAadmissions, @MMAcademyAlumni; YouTube: Massachusetts Maritime Academy.