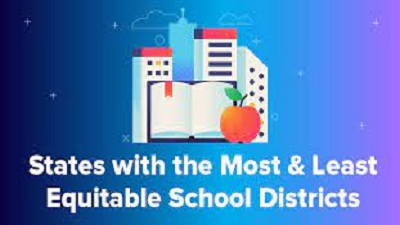 While the U.S. is one of the most educated countries in the world, it doesn’t provide the same quality elementary school or secondary school education to all students. In many states, more affluent school districts receive a greater amount of funding per student than poorer districts, with one estimate claiming that low-income districts are underfunded by around $6,700 per pupil.

Discrepancies between the rich and poor have been exacerbated even more due to the lasting impact of the COVID-19 pandemic. Low-income students have suffered the greatest “learning loss” due to partial or total remote learning. One contributing factor is that people in low-income districts are less likely to have the technological resources they need.

States that provide equitable funding to all school districts can help prevent poor students from having lower graduation rates, lower rates of pursuing higher education and smaller future incomes than their wealthy peers. The difference is dramatic: College graduates have $154 – $1,115 higher median weekly earnings than people with a high school diploma and no college experience, depending on the degree.