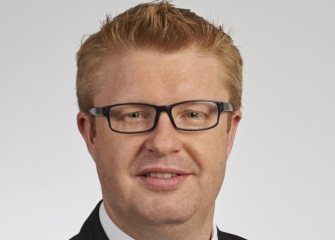 NEW YORK–(BUSINESS WIRE)–ATL Partners (ATL), a premier sector-focused private equity firm investing in aerospace, transportation and logistics, today announced that Jerome Lorrain has joined the firm as an Executive Board Member. Mr. Lorrain has over 20 years of supply chain, logistics and transportation industry experience in the U.S., Europe, Middle East, Africa and Asia.

“We are excited to have Jerome on board,” said Kirby Fine, a Principal at ATL Partners. “His successful leadership experience at several major logistics companies globally, and his expansive network within the sector, make him a valuable addition to our Executive Board at ATL. We look forward to drawing on his expertise driving growth and operational improvements as we identify new logistics investment opportunities and develop and execute value creation initiatives for new and existing investments.”

“ATL is highly regarded in our industry for their expertise in transportation and logistics and for building top tier businesses with best-in-class talent,” said Jerome Lorrain. “I am pleased to be joining the ATL team and excited by the significant potential of what we will be able to achieve together.”

Mr. Lorrain has a decades-long career serving a variety of senior roles in the logistics and transportation industry. He most recently served as Chief Executive Officer of North America for CEVA Logistics where he led a $2.5 billion revenue business and directed a staff of more than 13,000 professionals. Previously, Mr. Lorrain served as Chief Operating Officer of Freight Management for CEVA Logistics, where he oversaw air, ocean and ground freight activities worldwide. Before joining CEVA Logistics, Mr. Lorrain served as Chief Executive Officer of Wallenborn Transports, a European transportation company headquartered in Luxembourg, from 2009 to 2014. At Wallenborn, he led a strategic transformation of the company building multinational operations across 11 countries and more than tripling revenues under his leadership. Prior to Wallenborn, he worked at Kuehne + Nagel for nearly a decade serving a variety of roles worldwide, including: Manager of Contract Logistics in Luxembourg from 2000 to 2005, General Manager of Contract Logistics in India from 2005 to 2007 where he built the operation from scratch into a well-established and profitable pan-Indian network, and Managing Director of Thailand, Cambodia, Laos and Myanmar from 2007 to 2009 where he led a portion of Kuehne + Nagel’s Southeast Asia business. Mr. Lorrain earned his Bachelor’s Degree in Mathematics, Chemistry and Biology from Lycee Fabert – Metz as well as a Technician Degree in Logistics and Transportation from University of Paris – Créteil and a Master’s Degree in Logistics from Ecole Superieure Internationale de Logistique – Metz.

Separately, today Pilot Freight Services, a portfolio company of ATL Partners and British Columbia Investment Management Corporation, announced that Mr. Lorrain will join its board of directors as Non-Executive Chairman.

Founded in 2014, ATL Partners is a premier sector-focused private equity firm that invests in aerospace, transportation and logistics companies. ATL brings deep sector expertise to its investment approach with nine investment professionals and seven Executive Board members who have decades of combined operating experience in each of ATL’s core sectors. For more information about ATL Partners, visit www.atlpartners.com.