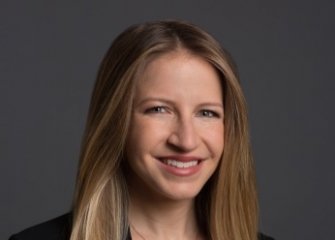 NEW YORK–(BUSINESS WIRE)–Schoen Consulting, one of the world’s premier research, consulting and strategy firms for politicians, corporations and advocacy groups, announced today that it is rebranding as Schoen Cooperman Research (SCR) and appointing Carly Cooperman as CEO. The new name recognizes Cooperman’s extensive contributions to the firm’s growth through her success in utilizing data to advance progressive causes and build consumer brands.

Douglas Schoen, who founded the firm in 2007 and continues to play an integral role in its operations, said, “Carly Cooperman is a brilliant strategist, advisor and researcher. She has pioneered a series of bold, innovative techniques in survey design and data analysis, and she has proven herself as a voice for liberal and progressive policies like gun safety reform. She played a singular role in helping the Democrats win control of the House in 2018 as she led the polling for Mike Bloomberg’s SuperPAC; 21 of the 24 candidates backed by the PAC — including 15 women — won. Under Carly’s strong leadership, Schoen Cooperman Research is poised for further growth today and in the years ahead.”

Schoen, the firm’s founder, for more than 40 years has been considered one of the most influential Democratic campaign consultants in modern American politics. He has guided both political and corporate clients around the world. Widely recognized as a co-inventor of overnight polling, Schoen was named “Pollster of the Year” by the American Association of Political Consultants for his work on President Bill Clinton’s 1996 reelection campaign. He has been a senior advisor to Mike Bloomberg for 20 years, helping elect him to three terms as New York City Mayor. He is the author of 15 books and is a regular contributor to The Wall Street Journal, Washington Post, NY Daily News, The Hill, Forbes, Fox News and various other publications.

Cooperman said, “I’m proud of the business that Doug and I have built along with our team over the past 13 years, and I’m thrilled to formally take the reins and help our clients continue to drive change and advance their causes. I deeply believe that data-driven insights and smart strategy from the political arena can help organizations facing even the toughest challenges win.”

Cooperman joined the firm in 2007 and was made a partner in 2016. During that time, she has advised political and corporate clients at the highest levels. She was a lead pollster for Mike Bloomberg’s 2020 presidential campaign, and has been a lead pollster for Everytown for Gun Safety, helping pass gun safety reform. On the advocacy front, she has made advancements in some of the toughest progressive spaces, including the efforts to ban flavored e-cigarette products nationally, reduce sugar sweetened beverage consumption in cities across the country, and elect candidates who support combating climate change.