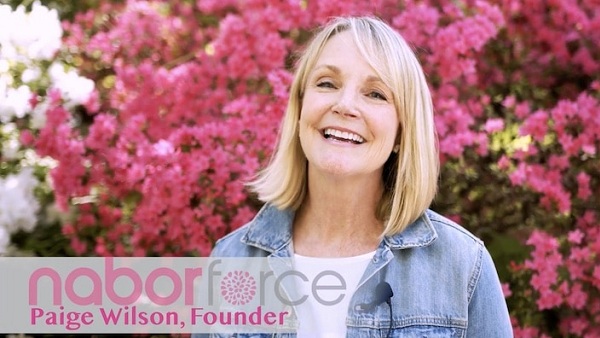 So far, Naborforce — led by founder and CEO Paige Wilson —has raised $12.3 million in venture funds. Its service is available in three cities each in Virginia and Maryland, and in Atlanta, Ga.

“Translink has an impressive track record in successfully growing direct-to-consumer companies into household national brands,” said Wilson, who started the company in the light of insights gained from caring for her aging mother. The venture firm shares its “vision for leveraging technology as a means to make a massive impact in communities and the lives of older adults,” she added.

Naborforce is built on caring for the aging — a fast-growing demographic in the United States. It is defined best by two sets of numbers. One estimates that 11,000 baby boomers turn65 every single day, and the second reckons people over the age of 80 will triple over the next three decades.

The second leg of Naborforce’s plan is the establishment of so-called “Nabors” —a word play on neighbors who cared for one another in prior eras. In the company’s vision, Nabors are qualified people who sign up to carry out errands, household chores and offering companionship, and additionally verified by Naborforce.

Both societal and market dynamics are combining to create a robust market for Naborforce, Paige once pointed to Business Journal. “Family caregivers are dropping in half,” she said. “For home care, there’s a huge shortage of care workers.”

Paige, a 30-year corporate veteran, has tapped into simple, and appropriate, technologies to enable quick signups online and via telephone, and speedy mechanisms to ensure on-demand dispatches of Nabors. Customers can seek help for varied chores, such as hospital or salon visits, and simply for companionship, too. The mean age of Naborforce’s clients is 83, and billing is flexible — from a minimum of one hour to monthly.

Naborforce’s service is available in the following cities: Richmond, Charlottesville and Virginia Beach in Virginia; Bethesda, Potomac and Chevy Chase in Maryland; The Triangle and Charlotte in North Carolina; and Atlanta in Georgia.

Translink Capital has been led since 2011 by Eric Hsia, an industry veteran. Hsia was the founding managing director for Softbank’s Asia infrastructure fund and SVB Capital, after serving Merrill Lynch early in his career.

The firm says it leverages proprietary insight from Asian corporate strategic investors and partners in Greater China, Japan, Korea and Southeast Asia to invest in early stage U.S. technology startups. So far, it has raised five funds worth $180 million, and made 140 portfolio investments. Besides Naborforce, Translink’s other portfolio investment this year was in AiFi, in March.

“Naborforce is the future of aging at home,” said Hsia”We’re energized by the proven model for community engagement and family support that Naborforce provides through both its technology platform and its network of purpose-driven Nabors.”