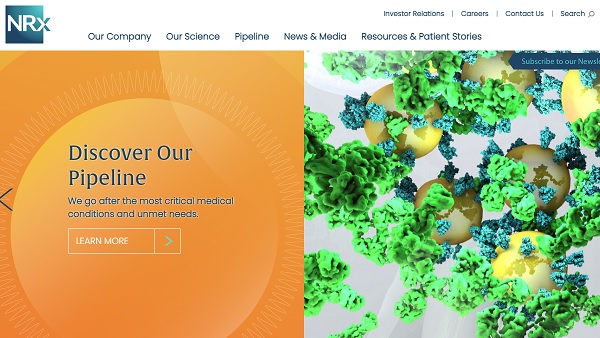 Pennsylvania-based NRx Pharmaceuticals has refocused its priorities around its psychiatry franchise and lead asset, NRX-101, a treatment for severe bipolar depression with acute suicidal ideation and behavior (ASIB).

This shift in focus, announced in its quarterly financial report, follows the failure of its trial assessing Zyesami (aviptadil) for the treatment of COVID-19 patients. Monday morning, the company said during the second quarter, it reactivated the development of NRX-101 and intends to initiate a Phase IIb/III study for ASIB by the end of this year or early 2023.

The U.S. Food and Drug Administration awarded NRX-101 Breakthrough Therapy designation and a special protocol agreement for this indication, according to Stephen Willard, NRx Chief Executive Officer, who assumed the leadership role last month. He takes over from Robert Besthof, head of operations and chief commercial officer, who served as interim CEO following Jonathan Javitt’s decision to step down from that role and shift into the position of chief scientific officer earlier this year.

While the company awaits the beginning of the ASIB study, NRx has already initiated a Phase II trial of NRX-101 in patients with bipolar depression and sub-acute suicidal ideation & behavior (SSIB). Willard said the purpose of the study is to expand the potential indication for NRX-101, as SSIB contains a significantly larger patient population than ASIB. A readout of this study is expected by the end of 2022 or in early 2023.