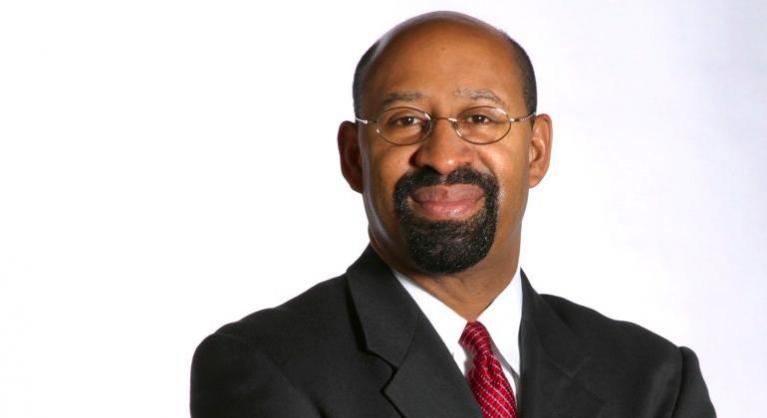 ​Atlanta, Georgia, July 30, 2020 (GLOBE NEWSWIRE) — Rubicon, a software company that provides smart waste and recycling solutions to businesses and governments worldwide, today announced that the Honorable Michael A. Nutter, former mayor of the City of Philadelphia and well known leader in sustainability and smart city innovation, will be joining Rubicon’s Board of Directors, effective immediately.

“We are honored that Mayor Nutter is joining Rubicon’s Board of Directors,” said Nate Morris, Founder and CEO of Rubicon. “He is a proven and effective leader who knows first-hand the lead role cities can and must play in providing cost effective solutions to waste, recycling, and other quality of life issues now facing communities across the country. As an advisor to our RUBICONSmartCity™ business over the past few years, he has fully embraced our mission to end waste, in all of its forms.”

For the past two years, Mayor Nutter has partnered with the RUBICONSmartCity™ team in his capacity as a Rubicon Advisory Board Member. Mayor Nutter has led valuable efforts to help grow and develop Rubicon’s smart city business, as well as advocate for the company and its mission. Mayor Nutter’s familiarity with the intricacies and functioning of city government, as well as his understanding of what it takes to develop collaborative partnerships between business and government has proven invaluable for Rubicon, RUBICONSmartCity, and most importantly, dozens of the company’s city government partners. Additionally, the mayor has expanded his role as an Advisor to various other business units within the company.

“Two years ago, my strong beliefs in resiliency, equitable public service delivery, and responsible environmental policy fit perfectly with Rubicon’s mission to end waste and their Advisory Board focusing on Smart Cities,” said Michael Nutter. “I am excited to expand on our relationship by joining Rubicon’s Board of Directors, continuing to work with the many talented people at Rubicon, and furthering our mission.”

Mayor Nutter was the 98th Mayor of the City of Philadelphia (2008-2016) where issues related to the environment and sustainable development were a cornerstone of the former Mayor’s administration. He created the Mayor’s Office of Sustainability during his very first term and led the development of the city’s comprehensive sustainability plan, Greenworks Philadelphia. Mayor Nutter also served as President of the United States Conference of Mayors (2012-2013), and co-founder, and now Advisory Board Member, of the African American Mayors Association. Among his many current affiliations, Mayor Nutter is a Professor of Practice at Columbia University SIPA, an Executive Fellow at the School of Social Policy and Practice at the University of Pennsylvania, a Senior Advisor at Bloomberg Philanthropy’s What Works Cities Initiative, and a Non-Resident Visiting Fellow at the Harvard Kennedy School Institute of Politics.

Rubicon is a software company that provides smart waste and recycling solutions for businesses and governments worldwide. Using technology to drive environmental innovation, the company helps turn businesses into more sustainable enterprises, and neighborhoods into greener and smarter places to live and work. Rubicon’s mission is to end waste, in all of its forms, by helping its partners find economic value in their waste streams and confidently execute on their sustainability goals. Learn more at www.rubicon.com.