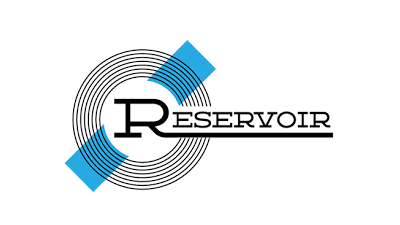 “We are off to a strong start for the fiscal year, exceeding our internal expectations for the first quarter and putting us on track to achieve our goals for the year. Our impressive year-over-year top-line growth of 46% was driven by continued execution of our strategic growth initiatives, as well as the benefits of increasing scale,” said Golnar Khosrowshahi, Founder and Chief Executive Officer of Reservoir. “Our results also demonstrate our durable business model and ability to deliver consistent financial results as we continue to capitalize on the steady secular growth of the music industry. We remain focused on generating significant long-term value through our strategy of building and optimizing a robust, curated, and diversified portfolio of award-winning songwriters’ and artists’ bodies of work.”

Net income attributable to common stockholders in the first quarter of fiscal 2023 was breakeven, or $0.00 per share, compared to a net loss attributable to common stockholders of $(1.5) million, or $(0.05) per share, in the year-ago quarter. The improvement in net income (loss) was driven by revenue growth from both segments, which was offset by higher administration expenses associated with being a public company, as well as higher amortization and income tax expenses.

Music Publishing revenue in the first quarter of fiscal 2023 was $16.4 million, an increase of 35% compared to $12.2 million in last year’s first quarter. Growth was driven by strong performance within the Digital and Synchronization streams.

Recorded Music revenue in the first quarter of fiscal 2023 was $7.6 million, an increase of 80% compared to $4.2 million in last year’s first quarter. This improvement was largely driven by the acquisition of Tommy Boy, strong Digital revenue growth, and smaller growth in other revenue types.

For the three months ended June 30, 2022, cash provided by operating activities was $1.8 million, a decrease of $1.9 million compared to the same period last year. The decreased cash provided by operating activities was primarily attributable to increases in cash used for working capital, including royalty advances (net of recoupments), partially offset by higher earnings.

Reservoir reaffirmed its previously provided financial outlook range for fiscal year 2023, and expects the financial results for the year ending March 31, 2023, to be as follows:

Jim Heindlmeyer, Chief Financial Officer of Reservoir, concluded, “We continue to execute against our strategic initiatives, and we are pleased with the financial performance in our first fiscal quarter results. We achieved double digit growth during the quarter on Revenue and Adjusted EBITDA, and we remain focused on our capital deployment target of $100 million in strategic M&A for the fiscal year. We are proud to deliver on our promises to deploy capital toward accretive deals that will bring long-term value to our organization and shareholders.”

The Q1 fiscal 2022 results included in this release reflect the revisions described in Note 19 of the fiscal 2022 financial statements filed on Form 10-K.

Reservoir is an independent music company based in New York City and with offices in Los Angeles, Nashville, Toronto, London, and Abu Dhabi. Reservoir is the first female-founded and led publicly traded independent music company in the U.S. Founded as a family-owned music publisher in 2007, Reservoir has grown to represent over 140,000 copyrights and 36,000 master recordings with titles dating as far back as 1900 and hundreds of #1 releases worldwide. Reservoir holds a regular Top 10 U.S. Market Share according to Billboard’s Publishers Quarterly, was twice named Publisher of the Year by Music Business Worldwide’s The A&R Awards, and won Independent Publisher of the Year at both the 2020 and 2022 Music Week Awards.