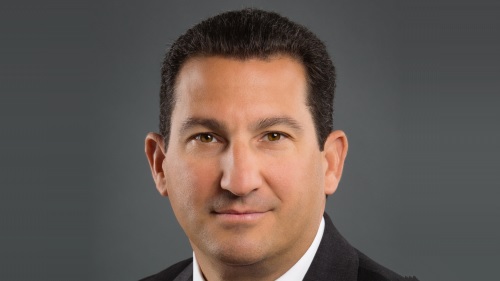 Stanley Black & Decker (NYSE: SWK) today announced that Robert J. Manning, former Chairman and Chief Executive Officer of MFS Investment Management, has been elected to the company’s Board of Directors.

“Rob is a highly respected leader in the investment management industry, and his extensive knowledge of financial markets, investor perspectives and sustainable investing will enhance the expertise on our Board,” said Andrea J. Ayers, Stanley Black & Decker Chair. “We look forward to working with Rob as we build on our efforts to maximize long-term value for all of our stakeholders.”  In accordance with its ongoing Board succession process, the Company has added five new non-management directors in the last three years.

Manning retired as Non-Executive Chairman of MFS Investment Management earlier this year after a 37-year career with the company. Under his leadership, MFS evolved into a global investment manager capable of adding value for individual and institutional investors worldwide. He is credited for implementing initiatives which helped the firm weather the global financial crisis of 2008 and positioned MFS for continued success as the firm navigated through the global pandemic.

Manning is a graduate of the University of Massachusetts – Lowell and earned an M.S. in Finance from Boston College. He is currently the Chair of the board of trustees for the UMass system.

About Stanley Black & Decker Headquartered in the USA, Stanley Black & Decker (NYSE: SWK) is the world’s largest tool company operating nearly 50 manufacturing facilities across America and more than 100 worldwide. Guided by its purpose – for those who make the world – the company’s more than 60,000 diverse and high-performing employees produce innovative, award-winning power tools, hand tools, storage, digital tool solutions, lifestyle products, outdoor products, engineered fasteners and other industrial equipment to support the world’s makers, creators, tradespeople and builders. The company’s iconic brands include DEWALT®, BLACK+DECKER®, CRAFTSMAN®, STANLEY®, CUB CADET®, HUSTLER® and TROY-BILT®. Recognized for its leadership in environmental, social and governance (ESG), Stanley Black & Decker strives to be a force for good in support of its communities, employees, customers and other stakeholders. To learn more visit: www.stanleyblackanddecker.com