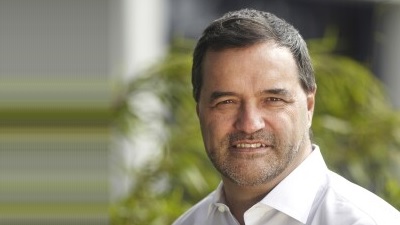 “Both the size and composition of the Board have been under evaluation for some time. After thoughtful consideration, the Board concluded that Mr. Heyman, Dr. Zhang, and Dr. Mao possess the essential skills and experience to help execute the company’s long-term strategy and advance our goals,” said Ying Huang, Ph.D., Chief Executive Officer of Legend Biotech. Dr. Huang continued, “I want to thank Ms. Wang for her dedication, leadership, and valuable insights as Chair. We look forward to her many future contributions as she remains a strong asset to our Board.”

Mr. Heyman previously served as the President of Johnson & Johnson’s Corporate Venture Capital Group, the venture capital arm of Johnson & Johnson, a Global Healthcare Company from 2015 to September 2019 and as the Global Head of Business Development for Johnson & Johnson’s Pharmaceutical Group from 1992 to 2015. In addition, Mr. Heyman previously served as Chief Executive Officer of Janssen Pharmaceutical N.V., a pharmaceutical company, from 2008 to 2016. Mr. Heyman has served as a director of OptiNose, Inc., a specialty pharmaceutical company, since December 2020, a director of Akero Therapeutics, Inc., a biotechnology company, since June 2020 and a director of Adagio Therapeutics Inc., a biopharmaceutical company, since June 2021. Mr. Heyman graduated as Master of Law from the K.U. Leuven in Belgium. He continued with post-graduate studies in International Law in Geneva, Switzerland, and post-graduate studies in business management at the University of Antwerp in Belgium.

Dr. Zhang has been a non-executive director of GenScript Biotech Corporation (“GenScript”) since May 2022 and, prior to that, he was chairman and an executive director of GenScript from 2015 to 2020. He co-founded the GenScript group in 2002 and has been the director of various group companies prior to GenScript becoming the holding company of the group companies pursuant to the corporate reorganization for GenScript’s initial public offering in 2015. In 2015, Dr. Zhang founded the Company as a subsidiary of GenScript, expanding GenScript’s business goal to research, manufacture and commercialize a broad range of immunotherapy treatments. Dr. Zhang served as Chairman of the Company’s Board of Directors from 2015 to November 2020 and served as the Company’s Chief Executive Officer from August 2020 to September 2020. In 2018, Dr. Zhang was awarded Person of the Year at the China Healthcare Summit in recognition of his contribution to and significant impact on the healthcare field. Dr. Zhang has also authored more than 20 articles published in peer-reviewed journals and is an inventor of 9 scientific patents. Before founding GenScript, Dr. Zhang worked as a Principal Scientist at Schering-Plough from 1995 to 2002 where he received its Presidential Award. Dr. Zhang holds a Ph.D. in biochemistry from Duke University, a Master’s degree from Nanjing University and a Bachelor’s degree from Chengdu Institute of Geology.

Dr. Mao currently serves as Chief Medical Officer for SciClone Pharmaceuticals, Inc., a position he has held since June 2022. Prior to that, Dr. Mao served as Chief Medical Officer of Sino Biopharmaceutical Co., Ltd. from May 2021 to June 2022, Chief Executive Officer of Livzonbio from March 2021 to April 2021 and Chief Executive Officer of Xcovery Holdings, Inc. from November 2018 to March 2021. Dr. Mao also served as Senior Vice President and Chief Medical Officer of Betta Pharmaceuticals Co., Ltd. from March 2018 to March 2021 and Vice President at Johnson & Johnson from June 2016 to February 2018. In addition, he served as a Professor at the MD Anderson Cancer Center from 2004 to March 2009 and a Professor at the University of Maryland, Baltimore from March 2009 to June 2016. Dr. Mao also served as a member of the board of directors of Betta Pharmaceuticals Co., Ltd, which is publicly listed on the Shenzhen Stock Exchange, from April 2018 to March 2021. Dr. Mao holds a Medical Doctor’s degree from Nanjing Medical University. Dr. Mao also completed a postdoctoral fellowship in cancer genetics at The John Hopkins University School of Medicine.

Legend Biotech is a global biotechnology company dedicated to treating, and one day curing, life-threatening diseases. Headquartered in Somerset, New Jersey, we are developing advanced cell therapies across a diverse array of technology platforms, including autologous and allogeneic chimeric antigen receptor T-cell and natural killer (NK) cell-based immunotherapy. From our three R&D sites around the world, we apply these innovative technologies to pursue the discovery of safe, efficacious and cutting-edge therapeutics for patients worldwide.