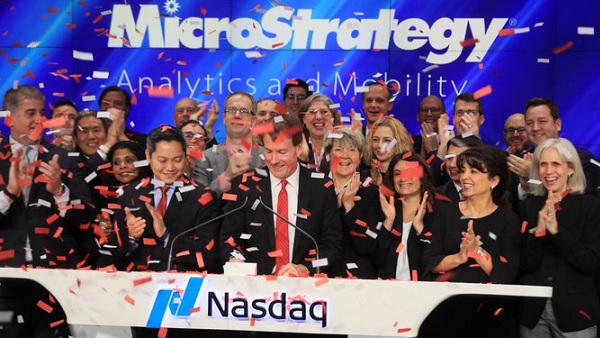 Tysons, Virginia data and business intelligence software company MicroStrategy is solidifying its relationship with cryptocurrency on the back of its CEO’s announced pivot.

Michael Saylor, who’s been CEO and chairman of the company since 1989, declared Wednesday that he will be stepping down from the CEO post and assuming the role of executive chairman, effective Aug. 8. Current president Phong Le will take over as CEO.

According to Saylor, he’s making the move to spend more time focusing on the company’s crypto work. In 2020, the NoVa company purchased $250 million in bitcoin as a capital allocation strategy. As of June, MicroStrategy said it owned 129,699 bitcoins — a $1.988 billion value but a $1.989 cumulative impairment loss.